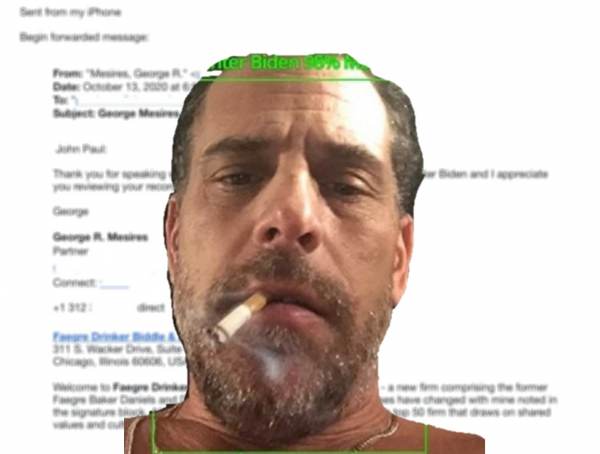 Hunter Biden created his CFCE firm shortly after his father was sworn in as Barack Obama’s Vice President :

As the Obama-Biden administration hit the halfway point of its inaugural year, Hunter Biden co-founded Rosemont Seneca Partners, an investment fund, along with Christopher Heinz — the stepson of Obama’s future Secretary of State John Kerry — and Devon Archer, a former Kerry adviser.

Hunter then began doing deals with rogue regimes around the world.  In 2015:

Hunter Biden’s relationship to Chinese tycoon Ye Jianming “began to ramp up,” according to a Senate report released in September. Ye, the founder of Chinese energy giant CEFC, served as the nation’s unofficial energy liaison to Russia.

Hunter Biden made an urgent request to Ye Jianming to wire him $10 million as seed money for a new venture, SinoHawk Holdings, according to an email obtained by The Post. In the missive he said he was extending “best wishes from the entire Biden family” and that “We are all hoping to see you here again soon, or in Shanghai.”

CEFC went bankrupt in March of 2020.  We now know CFCE used a complex web of affiliated companies to facilitate fake deals, inflate trade figures and obtain bank loans to fuel its aggressive expansion.  Recent reports show emails that tie Hunter Biden, Jim Biden and Joe Biden (the Big Guy) to payouts from CEFC before it went bankrupt.  CFCE Chairman Ye disappeared in 2018 and has not been seen since.

We also know that Hunter Biden was concerned about going to jail, he sent an email to his accountant asking him in early 2017 how much money he would be making if he was in jail.  Even Hunter knew he was involved in criminal activity.

Hunter has a drug addiction that has spanned the decades since he was 18.  We also know Hunter Biden holds a lascivious appetite for group sex and prostitutes.  Hunter posted it all on his laptop computer.  Hunter is the last person you want close to an American president.