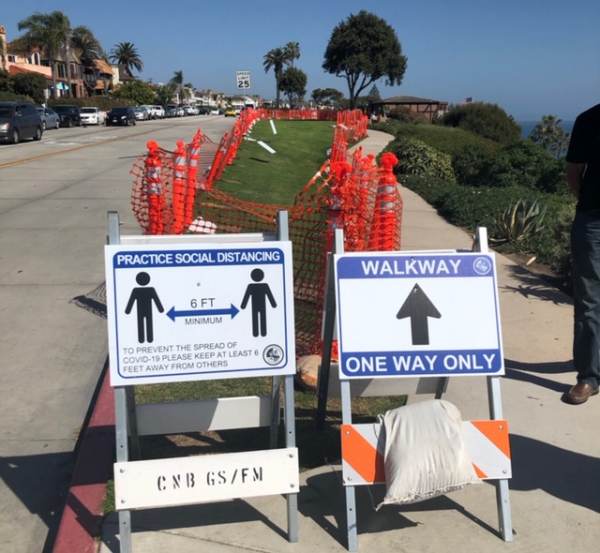 Sliver of grass closed off in Newport Beach, CA

Crazed Democrat Governor Gavin Newsom on Thursday retaliated against the citizens of his state and closed all beaches in Orange County amid the Coronavirus panic.

50 people in Orange County have died from the Coronavirus out of a population of 3.2 million people.

Newsom also ordered parks, which included slivers of grass near the beaches to be closed off with orange nets and warning signs telling people to walk in one direction and to stay 6 feet apart from on another.

Newsom announced Thursday a “hard close” of all beaches in Orange County and called out Newport specifically after tens of thousands flocked to the OC shoreline amid a heatwave last weekend.

“We can’t see images like we saw, particularly on Saturday, in Newport Beach and elsewhere.” Newsom said on Thursday “the conditions last week, the images we saw at a few of our beaches were disturbing.”

Orange cones and nets closed off patches of grass in Corona Del Mar, a seaside neighborhood overlooking the ocean in Newport Beach, because Newsom said so.

Plenty of boats were out on the water in Newport Harbor. 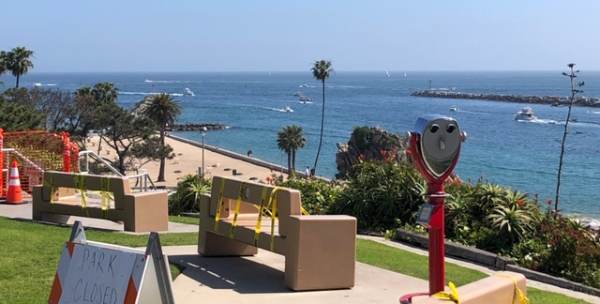 The Newport Beach city council voted in an emergency session last week to keep its beaches open and also voted this weekend to challenge Newsom’s order.

The Mayor of Newport Beach blasted Governor Newsom for putting “politics over data.”

“Without speaking to a single local official in Newport Beach, Governor Newsom has put politics over data, and substituted his will for our judgment from 428 miles away in Sacramento. Los Angeles County closed their beaches over a month ago and data now shows that every single Los Angeles County beach community has a higher per capita COVID infection rate than Orange County’s open beach communities.” Mayor Will O’Neill said Thursday.

“OC’s forty-two miles of beaches can and should be safely opened,” he added.

The Orange County Sheriff said Thursday his department’s intention “is to not take enforcement action on this order.”