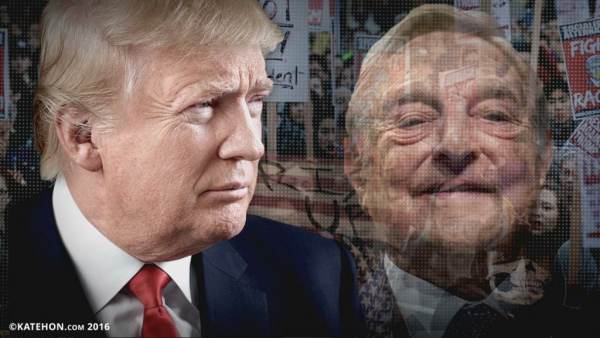 We’ve reported on Creepy George Soros and his actions that have destroyed the inner cities in the US. Today he claims that

Creepy George Soros was interviewed by 60 Minutes years ago. In this infamous interview Soros claimed to have no shame for turning in fellow Jews to the Nazis in World War II Hungary. The Nazis stole from the Jews and Soros claimed that if he didn’t do it, someone else would. This is the man many believe is behind today’s modern corrupt Democrat Party:

Soros was reportedly behind the airport protests after President Trump’s election. A week before that Soros was reportedly behind 50 Groups involved in the ‘Women’s Protests’ the day after the inauguration. Before that, Soros was connected to the groups demanding election recounts after the November 8th election and Soros money was funding more protests during these efforts. And DC Leaks released information showing that Soros funded Black Lives Matter protests across the country.

We also reported that far left billionaire George Soros has been systematically targeting district attorney races throughout the United States. Many of his backed candidates have won their races and are causing havoc across the country.

US Attorney General Bill Barr spoke with Martha MacCallum on FOX News. Bill Barr called out George Soros for subverting the legal system in the US and creating more crime and violence.

AG Barr calls out how Soros is subverting our legal system and leading to more crime and violence pic.twitter.com/fAdCQY6BEi

Soros-backed District Attorneys are causing mayhem across the US: