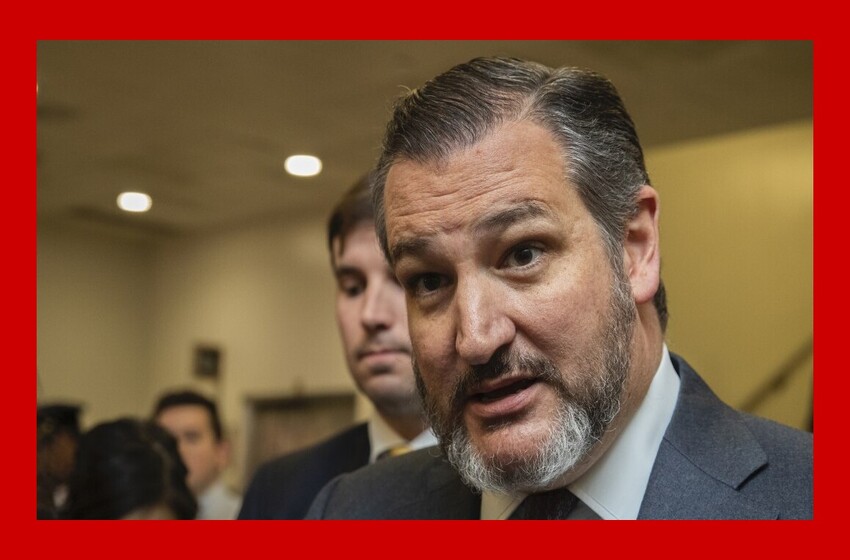 by Zachary Halaschak 2 hours ago

Sen. Ted Cruz is leading a delegation of Republican senators who are planning to challenge the Electoral College certification and demand an emergency audit.

Cruz is joined by several other GOP lawmakers who said in a statement that “voter fraud has posed a persistent challenge in our elections, although its breadth and scope are disputed.”

“By any measure, the allegations of fraud and irregularities in the 2020 election exceed any in our lifetimes,” they added.

The senators joining the Texas Republican in objecting are Ron Johnson of Missouri, James Lankford of Oklahoma, Steve Daines of Montana, John Kennedy of Louisiana, Marsha Blackburn of Tennessee, and Mike Braun of Indiana. Senators-elect Cynthia Lummis of Wyoming, Roger Marshall of Kansas, Bill Hagerty of Tennessee, and Tommy Tuberville of Alabama also signed onto the statement.

Recommended For You
Is Bitcoin here to stay? How cryptocurrency could transform over next decade
Hydroxychloroquine, ivermectin, remdesevir, and more: The evidence on proposed COVID-19 treatments
Trump shoots his way out of the White House

The group called for the appointment of an “electoral commission” with full investigatory authority to carry out a 10-day emergency audit of the Nov. 3 election results in the states where President Trump and his allies have alleged fraud.

“Accordingly, we intend to vote on January 6 to reject the electors from disputed states as not ‘regularly given’ and ‘lawfully certified’ (the statutory requisite), unless and until that emergency 10-day audit is completed,” the Saturday afternoon statement read.

Trump, his legal team, and other Trump-adjacent figures have fired off a litany of unsuccessful post-election lawsuits challenging the results in Georgia, Michigan, Wisconsin, Pennsylvania, and Nevada, hoping to overturn President-elect Joe Biden’s victory. Some Republicans have also echoed unfounded claims that voting machines were used to sway the election.

The effort is separate from one by GOP Sen. Josh Hawley of Missouri, who announced Wednesday that he also intended to object. Senate Majority Leader Mitch McConnell has told his caucus not to support a challenge to the Electoral College certification.

“Many millions of us had hoped the presidential election would yield a different result, but our system of government has processes to determine who will be sworn in on Jan. 20,” McConnell said on the Senate floor. “The Electoral College has spoken.”

Lawmakers are set to formally count the Electoral College votes on Wednesday, with Vice President Mike Pence presiding over a joint session of Congress. Trump has repeatedly highlighted the date on Twitter, and protests are planned for Washington, D.C. by groups supporting Trump’s effort to seize the election from Biden.

Biden won the Electoral College 306-232. He also bested the president in the popular vote, taking in some 81.2 million ballots, more than 7 million than who voted for Trump.