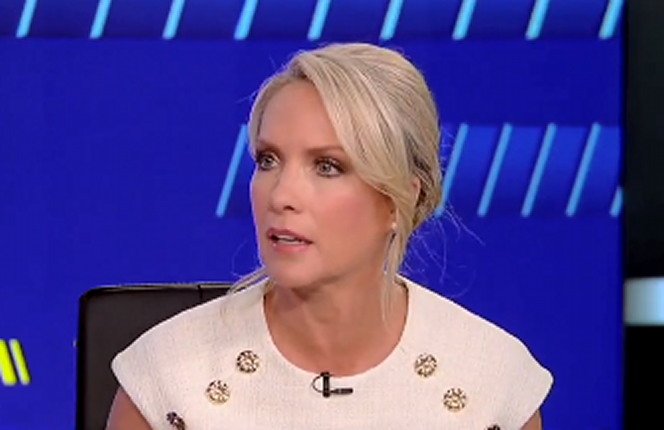 After a young man was arrested for attempted murder outside the home of Supreme Court Justice Brett Kavanaugh, many people began pointing out that Nancy Pelosi is holding up a bill that would protect the families of SCOTUS judges.

On ‘The Five’ of FOX News, Dana Perino bluntly stated that if Pelosi and Biden don’t take steps to address this immediately, that they are complicit in the threats and whatever else happens.

Perino is exactly right about this. Hopefully, the White House is listening.

“This group, Ruth Sent Us, it’s like the Westboro Baptist Church — except for one thing,” Perino said of a group that’s been posting the addresses of justices’ homes online and organizing protests at their residences. “It’s illegal to protest at the home of a justice.”

“So Ruth Sent Us, they were at his house today, they plan to be there tonight,” Perino continued before offering advice for the Biden administration and other Democrats in Washington with the power to do something.

“If I was the Attorney General of the United States, I’d say arrest them all,” she said of protestors breaking the law at Justice Kavanaugh’s home. “And Biden should say they absolutely should be prosecuted — you cannot do this — they have to take a stand tonight,” she said. “And if they don’t take a stand tonight, they are complicit.”

“The Speaker of the House, Nancy Pelosi, has been slow-walking this bill that passed the Senate unanimously to protect Supreme Court justices,” Perino also noted. The Supreme Court Police Parity Act, a bipartisan effort guided to unanimous passage in the Senate by John Cornyn (R-TX) and Chris Coons (D-DE) has yet to be taken up by House Democrats. “Why is she doing that?” Perino asked of Pelosi’s inaction in the month since the bill passed the upper chamber. “Fast-track it tonight — and if you don’t, you’re complicit.”

Fox News’ @DanaPerino has a message for Joe Biden and Nancy Pelosi, who are refusing to protect our Supreme Court Justices:

“If you don’t do something about it tonight, you are complicit.” pic.twitter.com/KofX9xNcB9

If Biden and Pelosi don’t act, what are the American people to take from that?

Do they want someone to get killed?