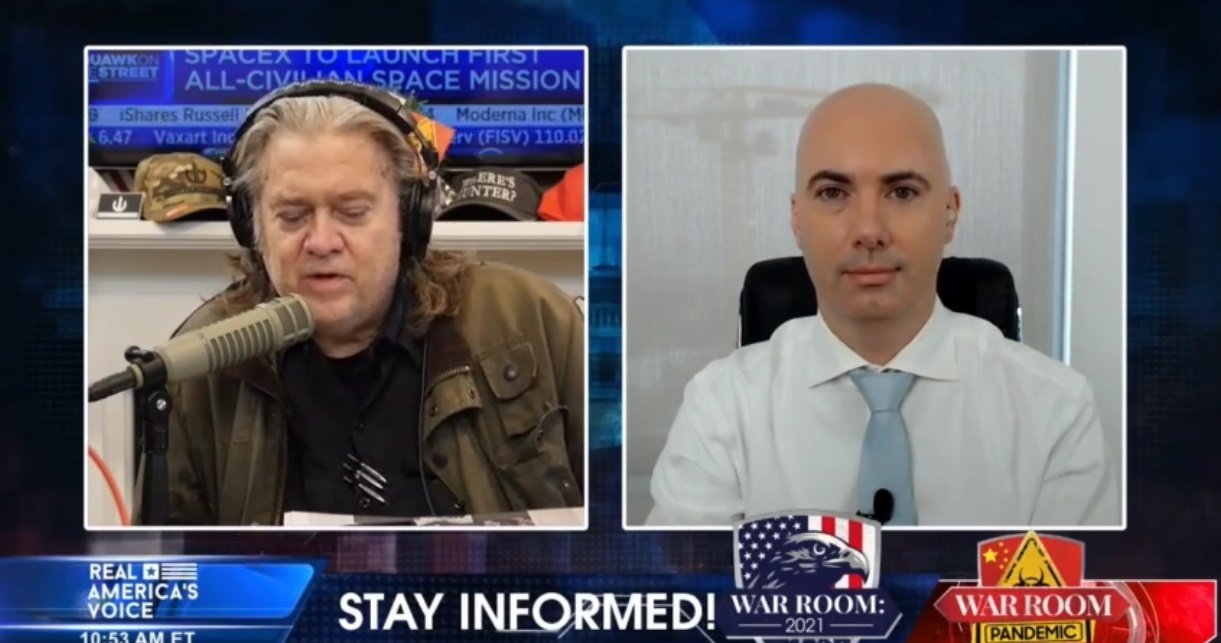 Matt Braynard was on with Steve Bannon and the War Room crew today and he discussed the 2020 election results that he and his team uncovered after the election.

Braynard and his team have been going at this since the election and they have uncovered thousands of invalid ballots included in this election:

Tonight on the War Room Braynard reported that:

Among these three states, the number of illegal ballots surpassed the margin of victory.  Georgia, Wisconsin and Arizona – without those three Joe Biden isn’t President.

Of course Joe Biden didn’t win the 2020 election based on valid votes.  The guy could hardly talk at times while President Trump had the most valid votes by a Republican and a sitting President and and any candidate before him and most likely more valid votes than Biden as well.