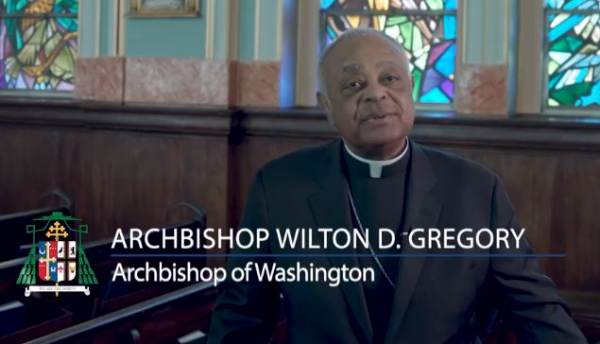 Washington DC Archbishop Wilton Gregory released a statement on Tuesday lashing out at the President of the United States for visiting the John Paul II National Shrine.

Clueless Archbishop Gregory lectured President Trump on “defending the rights of all people even those with whom we might disagree” while at the same time attacking him for visiting a Catholic Shrine.

The media failed to report this important detail in their hit pieces on President Trump.

Instead, Archbishop Gregory made the headlines because he LECTURED President Trump for visiting the shrine!

What a petty and disgraceful man.

@WashArchbishop Gregory has released a statement on the president’s visit to the Saint John Paul II National Shrine.https://t.co/46g9Ac8Wy5pic.twitter.com/d1wERIoLVp

Now there are reports that Archbishop Gregory is ordering Catholic Priests to dress in cassocks and protest President Trump on Monday in Lafayette Park.

This really is a stunning development by this wicked churck leader!

In a bald-faced violation of their individual civil rights as American citizens, Washington, D.C.’s Abp. Wilton Gregory is ordering his clergy to dress in cassocks (or at least blacks) and protest President Trump at 11 a.m. Monday morning at Lafayette Park, and then march to the White House at noon.

It’s being billed as a pro-life, anti-racism rally, but at least one email from the archdiocese to clergy being circulated (see below) explicitly calls it a “protest”.

President Donald Trump is the most pro-life president in US history and Gregory is pretending his event is a Pro-life protest? 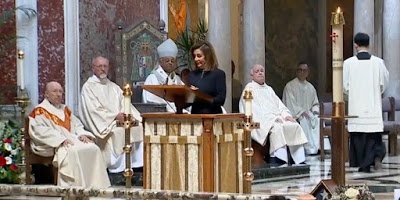