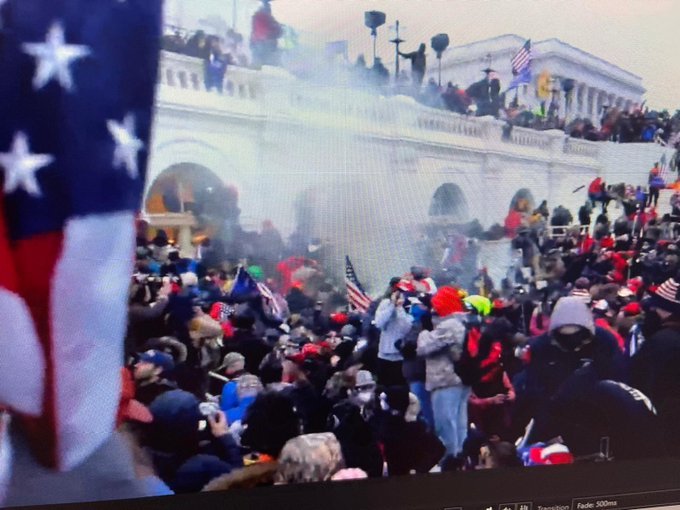 The Associated Press reported Wednesday night that a total of four people died today after Trump supporters stormed the Capitol.

DC police Chief Robert Contee said one woman was shot by Capitol Police and three others died in “medical emergencies.”

Ashli Babbit, a 14-year veteran from San Diego who served 4 tours with the US Air Force as a high-level security officer was shot and killed today by Capitol Police.

Ashli Babbit was shot through a window on a closed door by an officer.

Babbit appeared to be standing behind a group of people who were attempting to gain entry into the chamber.

Police had barricaded the doors and were attempting to keep the patriot protesters out — and then drew their weapons.

They opened fired and shot Ashli in the neck.

She was wheeled out of the Capital in a stretcher covered in blood and later pronounced dead.

The Metropolitan Police Department said there is an investigation into her death.