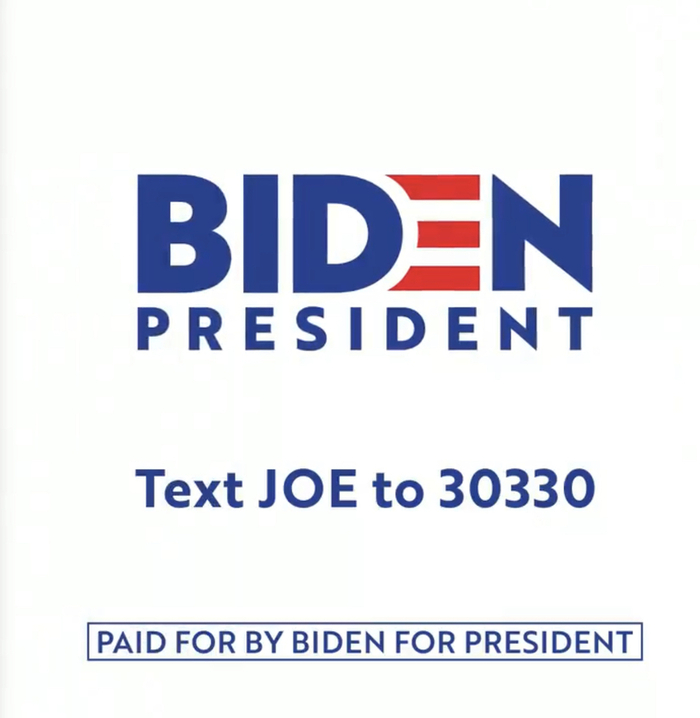 Supremacists are not defined by skin color – it is the horrible belief system that defines them. Supremacists are horrible people. So are Nazis. The word supremacist is not racist. However, when a color is used in conjunction with it – it becomes a racial slur.

I am a conservative who believes in conservative principles. I am a proud nationalist who believes America comes first – no different from putting your family’s needs before extended family, friends, and neighbors. We all know people who put others before the needs of others. We see what others think of them. You know one also, Joe.

Your son, Hunter. His ex-wife alleged that he had spent copiously on drugs, strip clubs, prostitutes, and girlfriends “while leaving the family with no money to pay legitimate bills.” Sure, she could have been a bitter ex-wife, but her claims strongly support the evidence of his behavior. In my lineup of conservative values and principles that makes Hunter Biden a morally corrupt, deadbeat citizen, husband, and father.

While you virtue signal, you bring shame to yourself and your family. But that is not all that you do. You want America to believe that all supremacists are white and belong to the right.

Remember your very good friend, Democratic Senator Robert Byrd? The Senator who was the Grand Cyclops of the KKK? You gave the eulogy at his funeral. Let me remind you that the KKK was the terrorist arm of the Democratic Party back in the day.

How many times, Joe, have you referred to Black Americans using the disrespectful N-word? Don’t say never, Joe – we have video proof of you doing just that.

Let’s go to the present, Joe. Please explain how you and your Heels up Ho campaign account became a direct link on the Antifa website. Please explain how Act Blue’s donation link became embedded on BLM’s website. Please explain why Act Blue funneled donation money through Thousand Currents, a 501c3 run by Susan Rosenberg, who then gave the money to BLM. Donation money that was never distributed to blighted Black communities but instead was used by BLM leaders for their personal use and gratification. Why would Thousand Currents or any honorable organization allow convicted terrorist, Susan Rosenberg, to process their money? A convicted terrorist that belonged to the May 19th Communist Organization (“M19CO”), which, according to a contemporaneous FBI report, “openly advocated the overthrow of the U.S. Government through armed struggle and the use of violence”?

Why would an honorable organization or political party engage someone from M19CO who provided support to an offshoot of the Black Liberation Army, including armored truck robberies and engaging in bombings of government buildings?

Joe, the fact is simple. The Democratic Party replaced the KKK with Antifa and BLM thugs as the terrorist arm of the party.

Why would an honorable person virtue signal and politicize the death of people in mass shootings? That is you, Joe. The fact is you are not honorable. I respect the position of the President, but I do not respect you.

Another fact, Joe – you are a thief. You give billions of our taxpayer money to the most corrupt nation in the world who arms the Nazis in their country and watches them use those arms to rob, beat, murder, and rape their fellow citizens. You knew Zelensky was going to arm the 2014 CIA-trained Ukrainian Nazis. The same nazis that overthrew their government at the direction of the U.S. in the 2014 Maidan coup. You knew Zelensky would have his Nazis, the Nazis he made a part of his military, naming them the Azov Battalion, reign terror upon their fellow citizens and then blame it on Russia. I am not making this statement in defense of Putin or Russia. I make this statement because of the sick videos the Ukrainian Nazis proudly posted. You know the videos of them nailing the Russian soldier to a cross and burning him alive. The sick video of them hanging a man and his pregnant wife. The sick photo they posted of a school teacher stabbed to death in the school’s basement with a swastika painted on her nude belly in her blood.

The same sick Nazis using the arms you gave them to beat, murder, rob, and rape their fellow citizens. You give them billions of dollars and deposit the kickbacks into your personal account. You encourage and endorse the supremacists in Congress to continue the gang rape of the taxpayer vault. You need our national debt to be so high it becomes unsustainable. You buy, sell and use your own children to put illegal money into your personal account. You, Joe, are guilty of being a deadbeat citizen and father, just like your son who treats others better than his own family. Joe, you did and continue to do nothing to protect your granddaughter from your perverted and sick son.

In summary, Joe, the terrorists and the supremacists you speak against are propagated, supported & funded by you and the left. As a proud nationalist, I despise Antifa, BLM, Nazis, and supremacists. They belong to you, Joe – not me. There is no room in my conservative principles and values for any of them or you. You will see them as you travel the highway to hell.

As a proud nationalist, I despise Antifa, BLM, Nazis, and supremacists. They belong to you, Joe – not me. There is no room in my conservative principles and values for any of them or you. You will see them as you travel the highway to hell.

Please know that every time you make a speech as outlined in this article, I will reprint it and add to it as needed and post it on our website for the world to see. I will no longer allow you to make proud nationalists look like America’s terrorists. America’s terrorists belong exclusively to you, Joe – you created, supported, and are funding them. Period.

Below is what you said in Buffalo:

“What happened here is simple and straightforward: terrorism. Terrorism. Domestic terrorism. Violence inflicted in the service of hate and the vicious thirst for power that defines one group of people being inherently inferior to any other group. A hate that, through the media and politics, the internet, has radicalized angry, alienated and lost individuals into falsely believing that they will be replaced. That’s the word. Replaced by ‘the other.’ By people who don’t look like them.”

“Look, we’ve seen the mass shootings in Charleston, South Carolina; El Paso, Texas; in Pittsburgh. Last year, in Atlanta. This week, in Dallas, Texas, and now in Buffalo. In Buffalo, New York. White supremacy is a poison. It’s a poison. It really is. Running through our body politic. And it’s been allowed to fester and grow right in front of our eyes. No more. I mean, no more. We need to say as clearly and forcefully as we can that the ideology of white supremacy has no place in America. None …

Look, the American experiment in democracy is in a danger like it hasn’t been in my lifetime. It’s in danger this hour. Hate and fear are being given too much oxygen by those who pretend to love America, but who don’t understand America. …”

“Now is the time for the people of all races, from every background, to speak up as a majority in America and reject white supremacy …”

Yes, I know parts of your speech make no sense, but that is what you said.

But there is one lie that has you in big trouble with the American people – blaming our present situation on climate change and Putin. You can repeat that until your last dying breath, and we won’t believe it. We are not stupid people, Joe. We know the supply chain problems, gas prices, famine, and pandemics are planned events. We know who the elites are, and we know Nazi Klaus Schwab is leading the genocide squad. We watched Albert Bourla brag on video that the goal to reduce the world’s population by half will be achieved by 2030. Yes, the CEO of Pfizer said that. That’s a lot of dead people. A little over 3.5 billion dead people intentionally murdered by you and your elite cronies.

So tell me, Mr. Resident, will the Ukraine war last however long it will take for the citizens of the European Union to become hungry, desperate, and in despair? Will the World Economic Forum, U.N., NATO, WHO, the US CA FR UK G.H. and the leaders of the E.U. roll in to save the day by offering food, shelter, medical and medicine, clothing, and universal basic income to those citizens who sign over property, water and mineral rights, agree to the use of the rainbow currency, digitized banking, I.D., social credit scoring and human chipping for 24/7 surveillance? Will those that accept be warned to not aid, assist or provide anything to those who disagree with the threat of internment or worse if they do? Is this when you and the rest of the crazed, power-hungry, and greedy Nazi elites declare the first new region in the new world order under Nazi Schwab’s Fourth Industrial Revolution? Is this the method for obtaining “You will own nothing and will like it?”

The verdict is still out as to China and Russia. They are World Economic Forum members, and Putin is a graduate of the WEF’s 1993 Leaders of Tomorrow program. Are they playing a vital role on behalf of WEF to achieve WEF goals? Or did they figure out there was no place for them at the WEF table? You know as well as I do that the U.S. will never see a nuclear bomb hit our continent – the superpowers want our valuable land resources. It would make America uninhabitable for hundreds of years. However, if those superpowers were to launch a few nukes (emps) over the continent and fry anything electronic, our transportation, communication system, and some of our defense mechanisms, they would most certainly bomb large coastal cities and invade from both sides and the gulf.

Here is some advice, Joe. The United States has never been closer to civil war and revolution because of you. We hold you and Obama accountable for the destruction of our country. Period.

When good people become hungry, desperate, and in despair, they do things they would never have considered doing before. The most dangerous people in the world are those who finally realize they have nothing left and nothing to lose, and everything to gain by standing up and fighting. 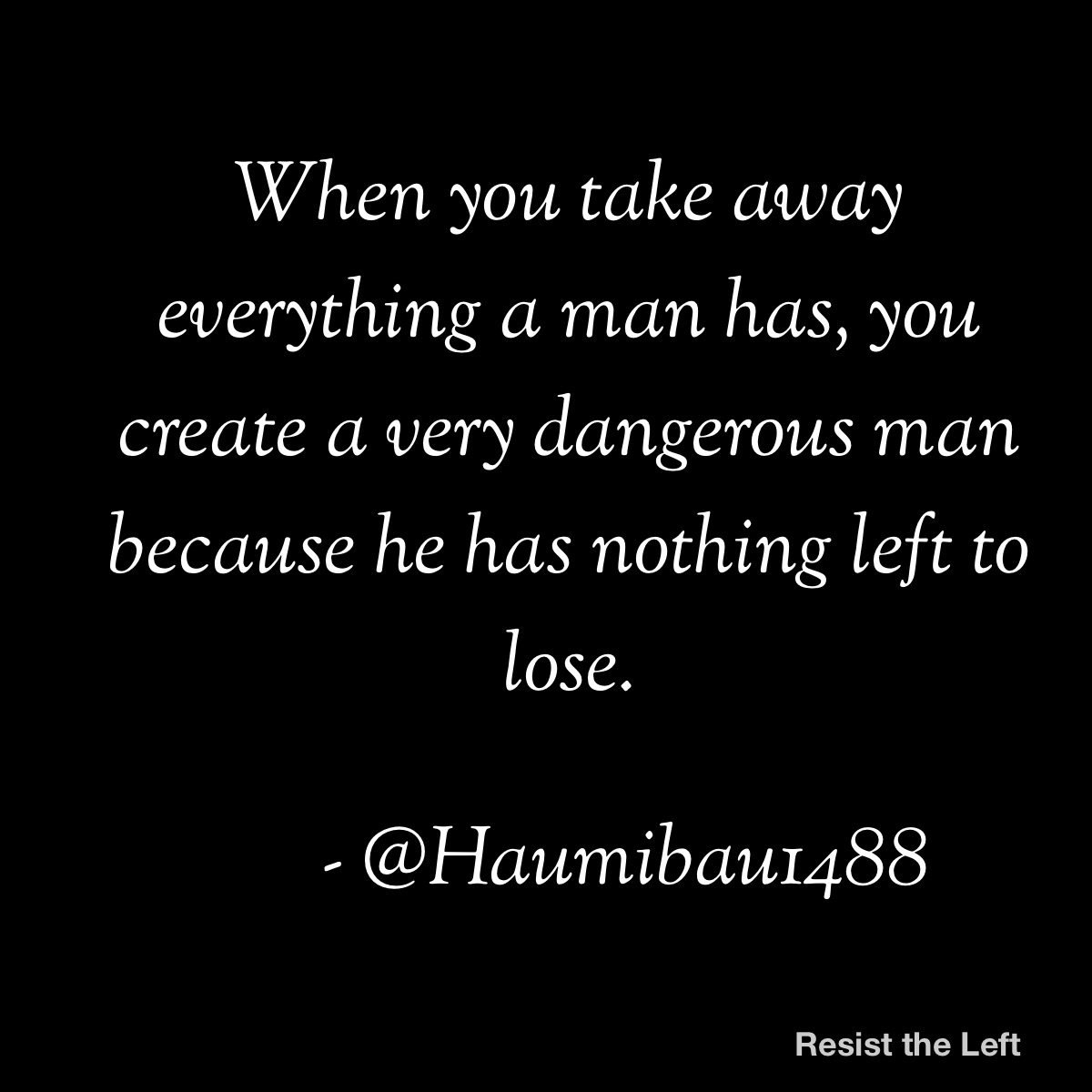 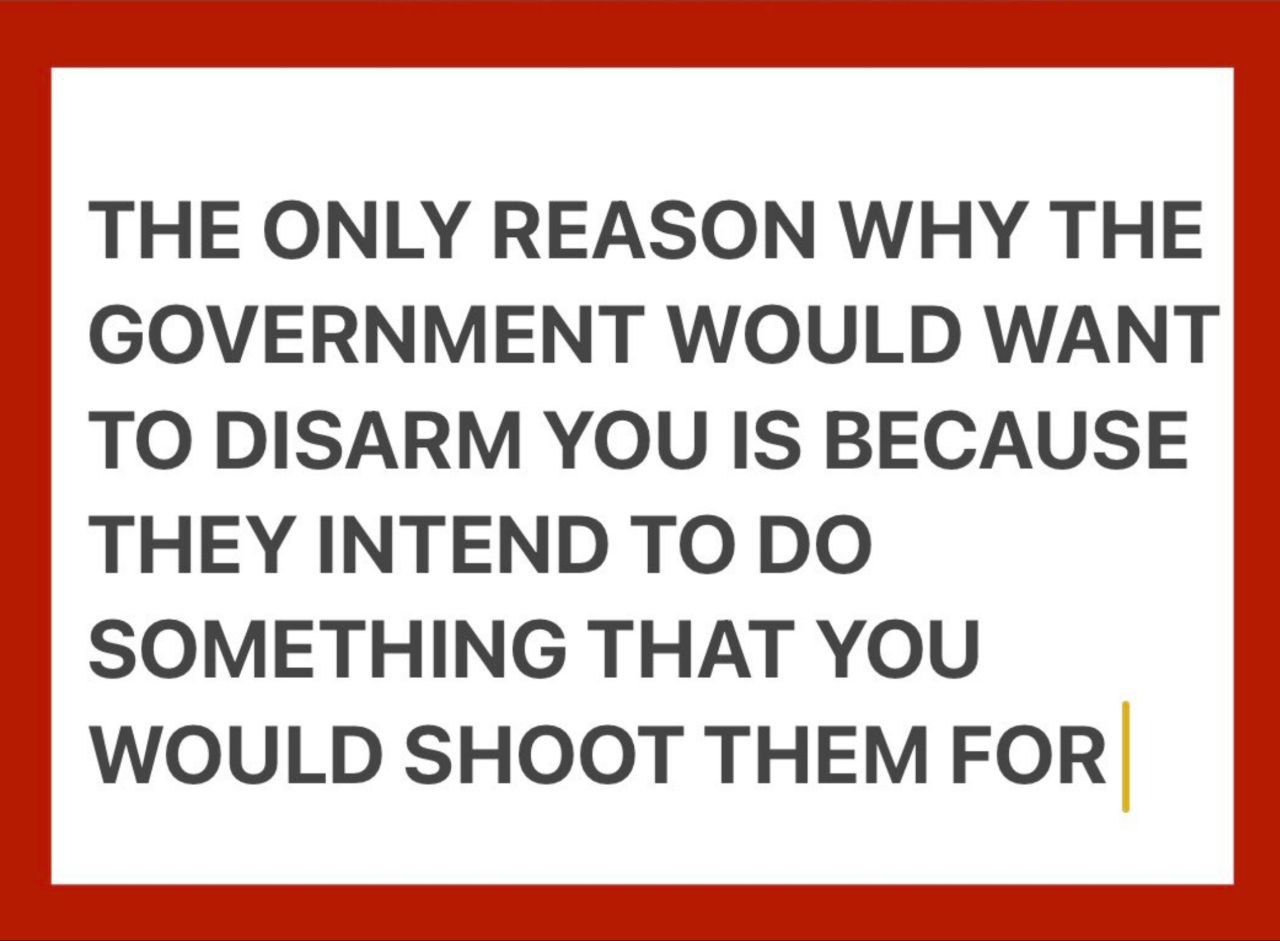 It’s fight or die from hunger. It’s fight or die a slave to the supremacists. America has not yet become a 3rd world shithole country – yet. Citizens are very heavily armed and will undoubtedly and without question use those arms when you attempt to take them. It could and quite likely will become very ugly very quickly. Surely, you and your cronies cannot believe it will work out well for most of you – but maybe that is what you want. Does it mean more money in your pocket if some of the elites in Congress, CEO’s of companies, and banking leaders are casualties of war?

Feedback is a gift, Joe. Sometimes we receive gifts we really like, and sometimes we don’t. However, the wise person holds onto the not so well-liked gift for a bit before discarding it – just in case something useful comes up for it. This takes a wise and bright person to understand, of which you are neither.

Lastly, Joe, my Twitter friend @trump_america rocks!  Please tell us how the below video does not demonstrate terrorist-like behavior? Jail them. Lock them up. America would be a better place without them.

But… But… But.. those White Supremacists and Ultra MAGA people are the problempic.twitter.com/QBYreww9zG