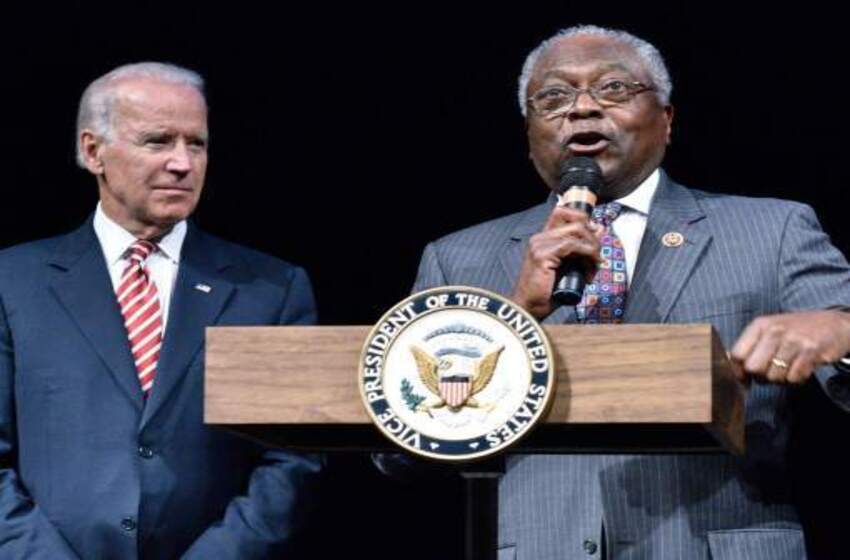 (TNS) Ahead of a night of primaries former Vice President Joe Biden was expected to win, Democratic Rep. James Clyburn of South Carolina made a ‘suggestion’ to the Democratic National Committee.

Namely, the DNC needs to act quickly to protect Biden from doing or saying something he won’t be able to recover from, now that he gaffes daily and nearly got into a fist fight with an auto worker in Michigan Tuesday.

“I think when the night is over, Joe Biden will be the prohibitive favorite to win the Democratic nomination, and quite frankly, if the night ends the way it has begun, I think it is time for us to shut this primary down, it is time for us to cancel the rest of these debates — because you don’t do anything but get yourself in trouble if you continue in this contest when it’s obvious that the numbers will not shake out for you,” he told NPR, according to the Daily Wire.

Stating the obvious, Clyburn later noted that as the process continues to drag on that Biden will get “himself into trouble” and will say something that he “cannot overcome.”

Clyburn, you may recall, gave Biden his full-throated endorsement ahead of Super Tuesday, which likely helped the former VP wrap up South Carolina and a host of other southern states he has no prayer of winning in November.

But the longer-serving Clyburn’s appeal to the DNC to protect Biden from himself is interesting because it is an obvious acknowledgement that party leaders and insiders are well aware of the fact that they are working to nominate not a president as much as a figurehead, should he somehow sneak into the White House.

Plus, Clyburn’s appeal is short-sighted. The DNC may move to end debates and close off primaries (it won’t, but let’s play along), yet the party obviously can’t keep Biden from debating President Donald Trump later this summer when the nomination has been secured.

And won’t that be a hoot?

Some have opined that Democratic Party insiders who are propping Biden up with the hopes they can ‘govern’ should he win are some ghoulish souls, and no doubt that’s true. But the party bosses are willing to exploit and abuse Old Joe rather than hand over the reins to Bernie “The Commie” Sanders and let him define them as socialist authoritarians instead.