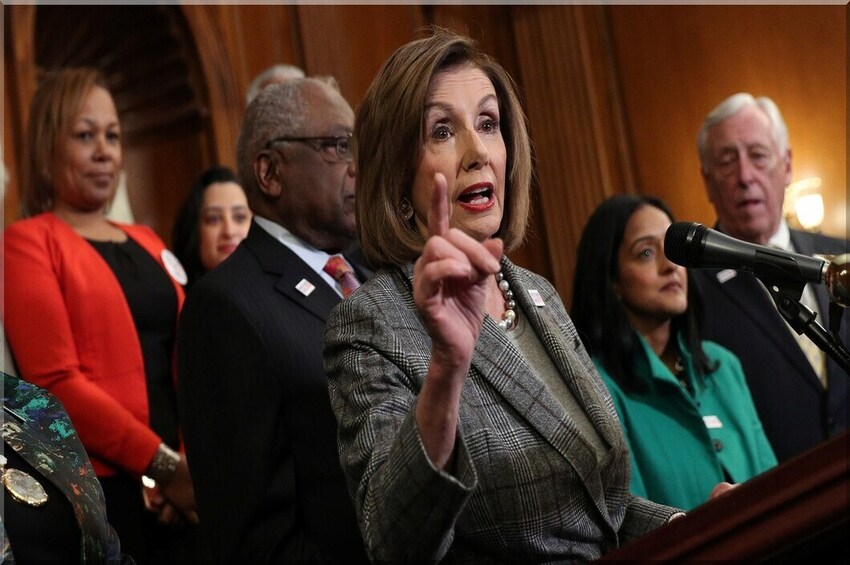 Democratic Senators Chris Murphy of Connecticut and Joe Manchin of West Virginia on Tuesday became the first Senate Democrats to call on House Speaker Nancy Pelosi to release the articles of impeachment against President Trump.

Murphy’s and Manchin’s statements came soon after news broke that Senate Majority Leader Mitch McConnell (R., Ky.) claimed he has gathered the necessary 51 Senate votes to determine the parameters of the impeachment trial without input from Democrats.

“I think the time has past. She should send the articles over,” Murphy said, according to the Washington Post.

“I think it needs to start, I really do,” concurred Manchin. “I can’t tell the House how to do their business…But the bottom line is, the holdout helped force Bolton to step forward. Let us do what we have to do over here.”

Former White House national security adviser John Bolton announced on Monday that he would be willing to testify in the Senate impeachment trial if subpoenaed. Democrats wish to call Bolton as a witness due to his presence at key events pertaining to President Trump’s conduct toward Ukraine, including a July 25 phone call between Trump and Ukrainian President Volodymyr Zelentskiy, during which Trump urged Zelentskiy to investigate corruption allegations against Joe Biden.

Republicans are wary of calling witnesses to the trial due to their intention to conduct the trial as quickly as possible. McConnell wants to vote on a resolution outlining the parameters of the trial and hear opening arguments, and only then to vote on a second resolution determining which witnesses, if any, will be called upon to testify.

Senate Minority Leader Chuck Schumer said on Tuesday that Democrats would force a vote to determine witnesses at the start of the trial, but it was unclear if this option would be possible

NOW WATCH: ‘Pelosi Unclear About Sending Articles Of Impeachment To The Senate’

ZACHARY EVANS is a news writer for National Review Online.