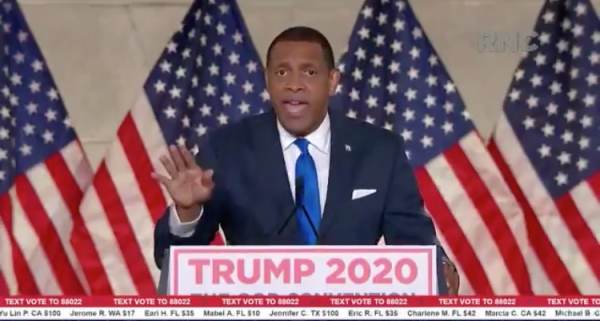 Jones is fed up with the Democrat party’s support of Socialism, violent rioting and their belief that they own the black vote.

Vernon Jones brought the house down Monday night during his RNC speech and exposed the Democrats for the frauds they are.

“The Democratic Party does not want black people to leave their mental plantation,” Jones said. “We’ve been forced to be there for decades and generations, but I have news for Joe Biden: We are free, we are free people with free minds and I’m part of a large and growing segment of the black community who are independent thinkers and we believe that Donald Trump is the president that America needs to lead us forward.”

Vernon Jones slammed basement dweller Joe Biden for being “all talk and no action” for 47 years.

“I’m here to tell you that black voices are becoming more woke and louder than ever,” Vernon Jones said blasting the Dems for their bigotry.