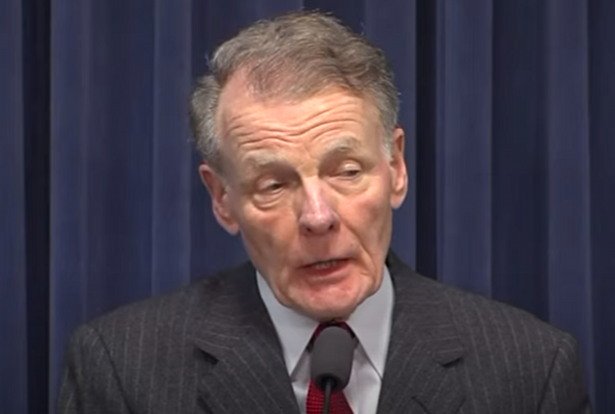 The Democrat House Speaker of Illinois, Michael Madigan, has been implicated in a bribery scandal, an investigation has found.

The bribery scheme involved jobs and contracts. It looks like a sort of pay-to-play situation.

Following months of speculation about a wide-ranging investigation, federal prosecutors have charged ComEd with a years-long bribery scheme involving the company’s arrangement for jobs, contracts, and payments to allies and associates of Illinois House Speaker Michael Madigan.

ComEd will pay a $200 million fine as part of a deferred prosecution agreement to end the federal probe, admitting it sought to influence “Public Official A” — identified as the Speaker of the Illinois House of Representatives without using Madigan’s name — by arranging for his allies and people who performed political work for him to obtain jobs, contracts and payments from ComEd between 2011 and 2019.

ComEd faces a single charge of bribery. Madigan, 78, has not been charged with a crime.

Madigan was nowhere to be found on Friday, either at his district office or his Southwest Side home, but a spokesperson confirmed the speaker accepted federal subpoenas for various documents.

This does not look good for Madigan.

Speaker Mike Madigan’s reign of terror has gone on too long. 50 years of corruption and cronyism is enough. Illinois deserves better! Sign the petition demanding Madigan resigns once and for all!https://t.co/QGXR4MbyeP

It looks like his long career may be coming to a close.