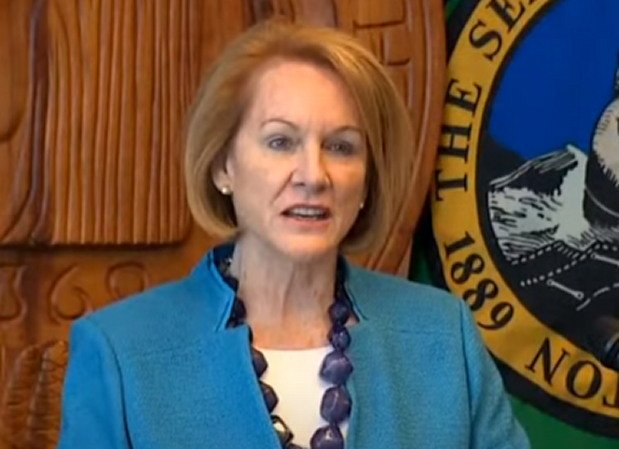 In multiple cities across the United States, a peculiar thing is happening.

Liberal mayors are allowing lawless rioters to do whatever they want, while law abiding citizens are stuck in their homes.

In Portland, Seattle, Chicago, New York, and other cities, the mayors actually seem to be siding with the rioters and telling police to stand down.

This is unfair to their peaceful, tax-paying citizens.

Democratic mayors align with rioters and looters against police

Fifteen Democratic mayors have signed a letter addressed to Trump administration officials demanding the removal of federal agents from their cities or the cessation of impending deployments. On Monday, the letter was sent to Attorney General William Barr and acting Secretary of the Department of Homeland Security Chad Wolf.

The letter charges, “federal law enforcement is being deployed for political purposes.”

Actually, the White House (and much of the country) is simply exhausted and disgusted by seeing progressive politicians so beholden to their leftist political constituencies that they dare not call out those causing the mayhem.

They also dare not express support for their demonized police agencies. But what these mayors do have intestinal fortitude for are worthless gestures calling out the president for attempting to restore law and order in cities under siege.

That’s not reckless hyperbole or demagoguery. It’s actually backed up by facts on the ground.

Trump has tried to help and he gets responses like this one, from the mayor of Seattle:

Seattle is fine. Don’t be so afraid of democracy. https://t.co/o26PkJnYhA

And this one from the mayor of Portland:

Nothing can justify this intervention. The President’s actions are unconstitutional. https://t.co/3fxXTprBwi

They care more about the mob than they do about maintaining law and order.