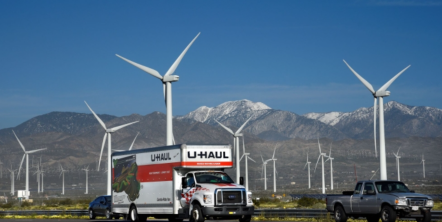 Every one of the 10 cities anchoring a metropolitan area with the most homebuyers looking to relocate, rather than enter, has a Democrat mayor, results of a new migration study reveal.

A new study of homebuyers by brokerage company Redfin examines the target destinations of prospective homebuyer searches from August through October of this year.

The study ranks metropolitan cities by their net outflow, a measure of how many more homebuyers are looking to leave an area than move into it.

San Francisco, California has the highest net outflow, followed by Los Angeles, California and New York City. Washington, D.C. has the fourth-highest net number of homebuyers looking to flee to another area, while Boston, Massachusetts comes in at number five.

The Redfin report attributes homebuyer outflow to price considerations, since homes in some areas cost substantially less than they do in other areas. “In Las Vegas, for instance, the typical home cost $410,000 in October, roughly half the price of the typical home in Los Angeles ($823,000) — the most common origin for people moving there,” the report observes.

In San Francisco and Los Angeles, relocaters simply want to move to another area of California, with Sacramento and San Diego being the top destinations, respectively. But, New Yorkers are most likely to want to move to Miami, Florida.

What’s more, half of the top 10 migration destinations of all homebuyers studied nationally are in Florida (Cape Coral, North Port-Sarasota, Orlando, Miami and Tampa).

Like San Francisco and Los Angeles, Sacramento and San Diego are run by Democrat mayors. But, unlike New York City, Miami has a Republican mayor. Overall, homebuyers looking to leave a Democrat-run city are much more likely to seek out another city with a Democrat mayor. 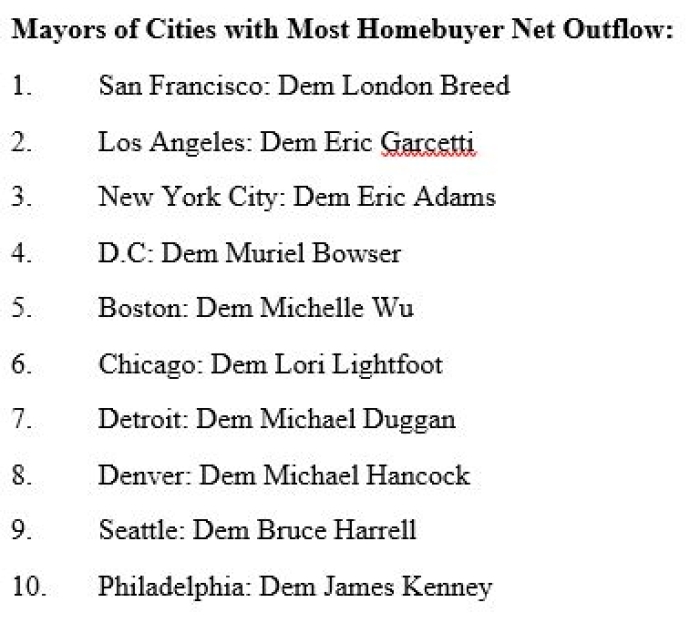 While Seattle’s Mayor Harnell was elected on a non-partisan ballot, where ballots are not allowed to designate a candidate’s party, he is affiliated with the Democrat Party and in a staunchly Democrat area.

As CNSNews.com reported in January, for most of 2021, so many people rented one-way U-Haul trucks to move out of California that the state’s U-Haul stores ran out of trucks to rent to them.

Academia is adrift in a sea of low standards