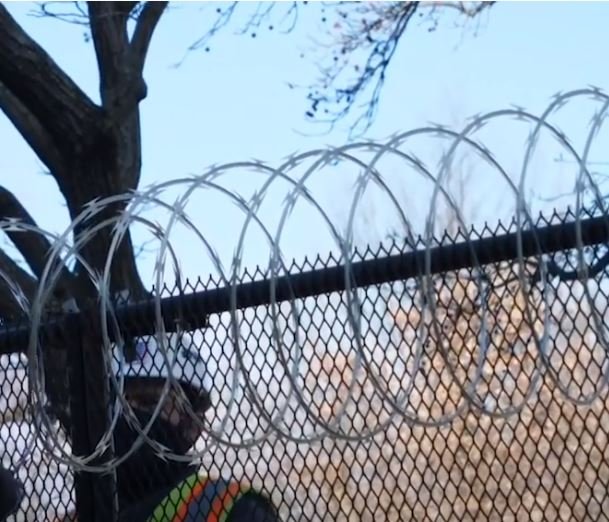 This really should come as no surprise.  It’s who they are – complete fascists.

Congressional Democrats are meeting with the Biden White House on how to crackdown on political dissent in America today.  Democrats want to make it impossible for ordinary Americans to challenge their authority.

Democrats installed razer wire around the US Capitol in Washington DC earlier this year. The razer wire will remain in place until September.

Democrats will call in Facebook, Google and Twitter CEOs and urge the tech giants to crack down harder on “misinformation” or face consequences.

This comes after the tech giants colluded to ban President Trump and top conservative voices.

Congressional Democrats have begun discussions with the White House on ways to crack down on Big Tech including making social media companies accountable for the spread of disinformation on matters such as the U.S. Capitol riot and addressing the abuse of market power to harm corporate rivals.

The conversations, described by a lawmaker and congressional aides, have included the contentious topic of what to do with a measure called Section 230, part of a 1996 law called the Communications Decency Act, that shields social media platforms from lawsuits over much of the content posted by users.