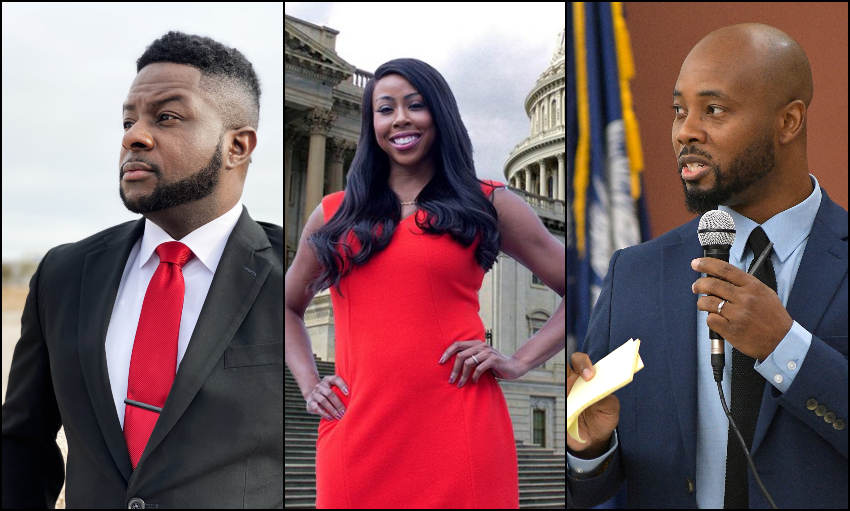 I was speaking to a high ranking Democrat official last night. He explained to me that “The Democrats have never faced a serious Black Republican challenger.” As I tried to think back on history, it dawned on me. Since the Democrats hold a strangle around the Black Vote, there has never been a serious Black Republican challenger.

Well in the day of Candace Owens and the rise of Black Conservatism, we’d expect eventually a formidable candidate or two will arise. Today several African American candidates have announced their bids for Congress and other election offices including Kim Klacik in Baltimore, Leo Dunson in Nevada, Brad Mole in South Carolina and Priscilla Rahn to name a few.

Yet it is no secret that these candidates face and uphill battle, not only from the Democrats, but also from Republicans, whom quite frankly have also never seen anything like this. That’s why I am writing this article, to encourage folks to donate, donate, donate. Repost, Retweet, Canvas, Phone Bank, do whatever you can to help these candidates and to diversify our party.

The Democrats have honestly had it good for so many years. They have yet to have an election where they have had to defend their actual policies. Every year it’s the same song and dance. The Republicans are “Racists” so vote for us. Yet against, African American Republicans they would be forced to actually defend their communist/socialist ideals verses our ideals of liberty.

We need folks to take this message to every corner of the nation and especially to those corners of the inner cities. These candidates along with many more are positioning themselves to do so. Support them at: