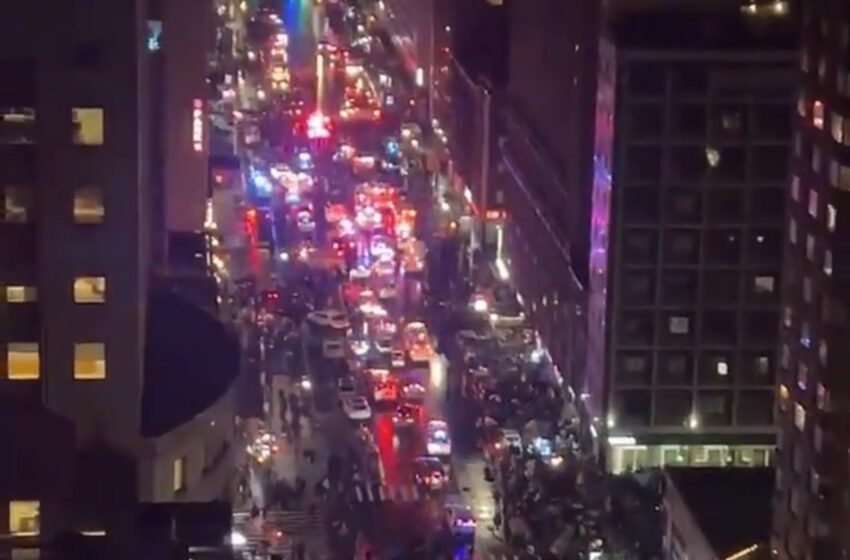 One NYPD officer was stabbed in the head Saturday night near Times Square amid New Year’s Eve celebrations.

A second NYPD officer was struck with a pipe or a blunt object.

The suspect was shot by police and taken into custody.

The police officer was rushed to a nearby hospital and his condition is not known.

#BREAKING: Two NYPD officers have been stabbed with reports of a shots fired

Currently Multiple authorities are responding too two NYPD officers that have been stabbed with reports of a shooting Causing mass panic near time Square celebration area pic.twitter.com/nH8oTy0sOt

One NYPD officer was reportedly stabbed and another was struck with a pipe near Times Square late Saturday night.

The injured officer was reportedly stabbed in the head and has been rushed to Bellevue Hospital. His condition is currently unknown.

A suspect was reportedly shot by police and is in custody.