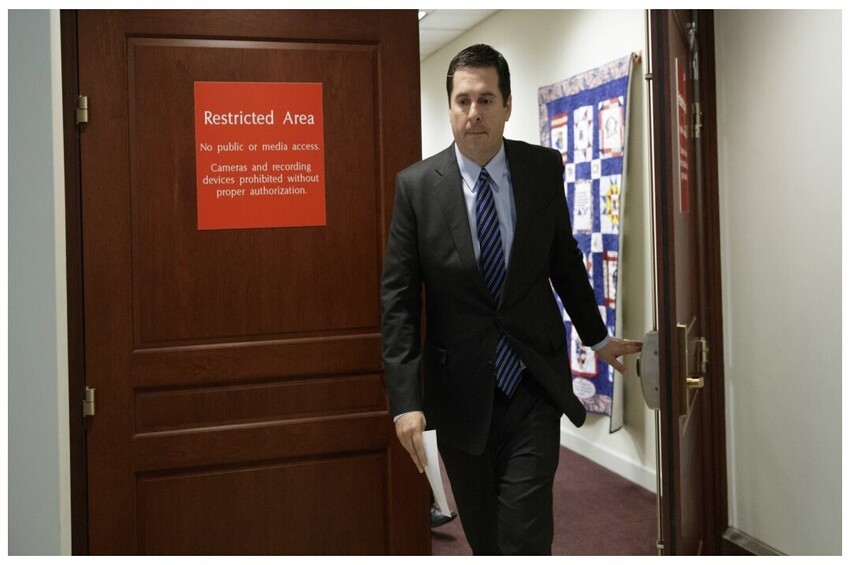 After shipping eight referrals to Attorney General William Barr last spring, Rep. Devin Nunes, the ranking member of the panel, told Fox Business on Thursday that they have gathered enough evidence for “at least another five, possibly as many as 10” recommendations for prosecution as three U.S. attorneys conduct reviews of various aspects of the Russia investigation.

The California Republican said he and his GOP colleagues want to “get it right,” but they plan to send the referrals within the next “week to 10 days or so.” What exactly will appear in those referrals remains unclear, but Nunes explained what his investigators are examining.

“We now are looking at the overall Gen. Flynn investigation and how that was conducted and the rest of the Mueller team,” he said. “And then, of course, as new information has come to light from the information that was declassified by acting Director of National Intelligence Ric Grenell, that information has also shown that there are other people who have lied or misled Congress or have, I think in some cases maybe, lied by omission, documents that were kept from Congress.”

Grenell was replaced by former Rep. John Ratcliffe late last month after the Texas Republican was confirmed by the Senate. During his three-month tenure as head of the U.S. Intelligence Community, Grenell declassified long-sought-after documents related to the case against former Trump national security adviser Michael Flynn and forced the hand of House Intelligence Committee Chairman Adam Schiff to release dozens of witness transcripts from the panel’s own investigation into Russian interference in the 2016 election. Schiff accused Grenell of “selective declassification for political purposes.”

The Republican inquiry in the House is a more understated effort than the one that is playing out in the Senate, which is in GOP control. There, two committees are leading the charge in conducting oversight of the Russia investigation.

With no support from Democrats, the Senate Homeland Security and Governmental Affairs Committee voted to give Chairman Ron Johnson the authority to subpoena Obama officials in its review of the Russia inquiry. Sen. Lindsey Graham, the chairman of the Judiciary Committee, is also seeking subpoena power in his Crossfire Hurricane investigation, while Democrats on the panel say they want to hear more testimony from former special counsel Robert Mueller.

Nunes, who believes the government’s intelligence powers were abused in an attempted “coup” against President Trump, stressed the need for “pure transparency.” He teased what Republicans would do to escalate their investigation if they win back control of the House this year.

“We’ve got about 40 people that are on that list,” he said, without naming anyone. “So, hopefully, if Republicans are put back in charge, we will be able to subpoena those people, but right now, we can’t.”