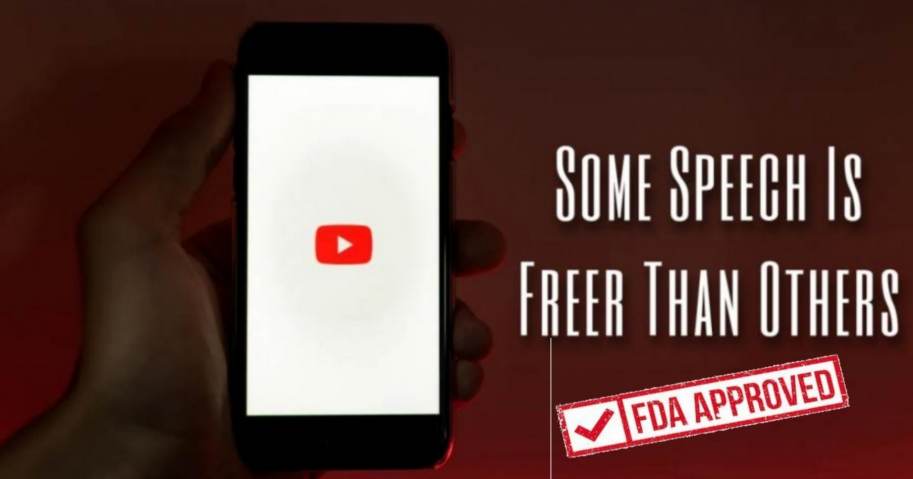 The now-viral episode of “The Joe Rogan Experience” podcast, featuring guest Dr. Robert Malone, is officially being purged from Google-owned YouTube.The episode was posted in full to an account not affiliated with Rogan’s podcast, but is now labeled as unwatchable because the video “violated” Youtube’s guidelines.” For now, the 3+ hour podcast, including the video, can still be found on Spotify, hereAn archive of the since-removed youtube video can be found using the way-back machine.After this latest takedown, YouTube has now removed the Joe Rogan interviews of both Dr. Malone and the world-renowned cardiologist Dr. Peter McCullough for sounding the alarm over the tyrannical public health regime’s Covid response.https://www.thegatewaypundit.com/2021/12/going-viral-dr-peter-mccullough-joins-joe-rogan-says-medical-elites-purposely-suppressed-treatments-order-force-mass-vaccinations/Twitter users called out YouTube for their arbitrary decision, stating the removal was because Malone challenged the current narrative surrounding COVID-19.Twitter banned MTG and YouTube took down the Rogan/Malone hit because they challenged the regime’s COVID narrative.

During the interview, Dr. Malone – the inventor of the mRNA technology that is being used in the Covid-19 vaccines – administered direct hit after direct hit against the public health tyrants while talking about vaccines, mandates, amongst other pandemic-related topics.

The interview is a must-watch.

For those who do not have the time right now to watch the full, highly-recommended podcast, The Gateway Pundit put together an overview of some of the most important topics of discussion.

Many of his viewers will be introduced to Dr. Malone for the first time, which should have big tech running scared.

YouTube removing the videos is not the only action Big Tech has taken against this information getting out. Earlier this week, Twitter permanently suspended (aka. BANNED) Dr. Malone from their platform in a seemingly shameless move to get ahead of the interview and limit Dr. Malone’s reach.

JUST IN: Twitter PERMANENTLY Suspends mRNA Vaccine Inventor Dr. Robert Malone After Tweeting About the mRNA Vaccines – The Day Before He Goes