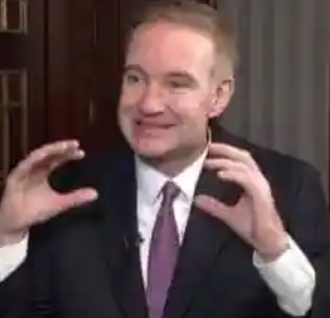 Classified documents from the time when Joe Biden was serving as Barack Obama’s vice president were found at the Penn Biden Center for Diplomacy and Global Engagement. That is when Dr. Michael Carpenter was serving as the Managing Director. Carpenter also has ties to the Ukraine impeachment, and it’s possibly more concerning than that.

The documents at UPenn were allegedly found by “surprise” by Biden’s expensive lawyers as they inexplicably rummaged through the closet at UPenn for some unknown reason. They turned the stolen documents over to the National Archives the next day, November 3rd. They were in an allegedly locked closet of the unsecured NGO office used by Joe Biden.

The Department of Justice, which famously raided Mar-a-Lago, didn’t even monitor the searches that extended to Biden’s homes and garages. More documents were found there. Lawyers, who were not cleared to look at top-secret documents, were allowed to search on their own.

The Penn Biden Center opened in 2018. It operated like The Clinton Foundation. UPenn is now under the spotlight as a “dark money” recipient, having received tens of millions of dollars from Maoist Chinese donors.

While the Penn Biden Center has not released information on its donors, foreign funding to the University of Pennsylvania has risen more than threefold since its soft opening, spiking to over $100 million last year from $31 million in 2016, according to Department of Education records. China has been the largest contributor during that time, even as the U.S. federal government and prosecutors have ramped up scrutiny into the Chinese government’s influence-buying and espionage operations on American campuses.

Between March 2017 and the end of 2019, the University of Pennsylvania received a total of $61 million in gifts and contracts from China, according to Department of Education records. In the preceding four years, the university received just $19 million from China.

Many of the Chinese donors were “anonymous.”

Carpenter was also involved in the Trump impeachment hoax.

Carpenter has served as one of his top policy advisors, and he now has a lot of questions to answer if the appointed Special Counsel, Robert Hur, does his job.

Carpenter is a former Director of the National Security Council, and is currently the U.S. representative to the Organization for Security and Cooperation in Europe (OSCE) where he is spurring on war with Russia. He became the Managing Director of the Penn Biden Center in 2019. He was confirmed as the U.S representative in November 2021.

From 2015 to 2017, he served in the Pentagon as deputy assistant secretary of defense for Russia, Ukraine, Eurasia, and Conventional Arms Control.

In 2015, Carpenter, as Biden’s policy advisor, said he accompanied Biden to all his meetings on Ukraine and vouched for him in the extortion controversy over Burisma. [Kessler, Glenn (October 15, 2020). “Hunter Biden’s alleged laptop: an explainer”. The Washington Post. Archived from the original on October 15, 2020. Retrieved October 15, 2020.]

Biden’s son Hunter was making money on the board of the openly corrupt Burisma. Biden publicly threatened to withhold $1 billion from Ukraine if they didn’t fire the prosecutor investigating Ukraine. He bragged about it at a televised meeting. A screenshot of the meeting can be seen below.

Biden REFERs to Michael Carpenter, seated to his Right & wearing a GREEN Tie, (as Mike) during BRAGGing & ADMiTTing he EXTORTED US Taxpayer FUNDS NOT ENTITLED to USE as his OWN & to ADVantage, To BRiBE UKRAINE oFFicial in Firing Burisma ProsecuTor.

Now we get to the Ukraine impeachment.

The information was resurrected before the election of 2020, and Democrats turned it around and claimed Donald Trump was attempting to withhold funds from Ukraine.

A fake “whistleblower” named Eric Ciaramella had relayed second-hand information that Trump was attaching aid to Ukraine to assurances from then-president Volodymyr Zelensky that Biden’s demand for the prosecutor to be fired get properly investigated.

We say fake because the real operator was Alexander Vindman, and UkraineGate was a complete fraud. Donald Trump only delayed funds before the deadline to get an accounting of what Ukraine was doing with them since they are one of the most corrupt nations in the world.

Democrats jumped on it, in part, to distract from Biden’s obvious extortion.

There are reports that among the documents are secret documents about Ukraine.

“Among the classified documents from Joe Biden’s time as vice president discovered in a private office last fall are US intelligence memos and briefing materials that covered topics including Ukraine, Iran and the United Kingdom,” a source told CNN.

It is also strange that, William Browder, whose name was mentioned many, many times in the Steele Dossier/FusionGPS Congressional testimony, met with “Penn Biden Center” Director, Michael Carpenter in the White House within 60 days of Hunter Biden joining Burisma.

Perhaps the DOJ should take a look at The Biden Institute in Delaware and the former “Senior Advisor” at the Institute, Samantha Vinograd. She is now in Homeland Security. There could be documents there.

As for Michael Carpenter, he’s busy trying to get us into a hot war with Russia.

After spending years escorting Ukrainian ultra-nationalists around DC, Michael Carpenter has become the US rep to the OSCE and one more cog in the Biden war machine driving the West toward a hot war with Russia. Scary times. https://t.co/gVbuhTeyOZ

2nd Batch of Sensitive Docs Found in a Biden Office – When Will DOJ Raid?January 11, 2023In “Home of News, Politics & Opinion”

UPenn ‘flagrantly’ violating the law and Biden, a ‘Manchurian Candidate’July 5, 2021In “Home of News, Politics & Opinion”

Biden’s Stolen Classified Docs and a Possible $54M Donation to His Think TankJanuary 11, 2023In “Home of News, Politics & Opinion”