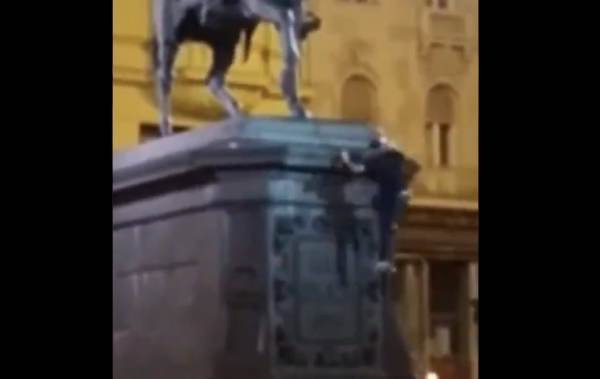 In a moment of divine comedy, a potential vandal took a major fall while attempting to climb the statue of St. Louis IX.

The leftist criminal mobs have been targeting the statue of King Louis IX of France which is located in front of the Saint Louis Art Museum in Forest Park as part of their larger effort to erase our history and culture.

A man attempting to vandalize the St. Louis IX statue discovers the Law of Gravity

In a hilarious video of the incident posted to Twitter, a criminal is seen making it nearly to the top of pedestal before being struck down.

This is a form of Divine Comedy

That had to hurt.

On Saturday a far left mob attacked a group of Christians that had gathered at the statue to pray the rosary which was organized by the Gateway Pundit.