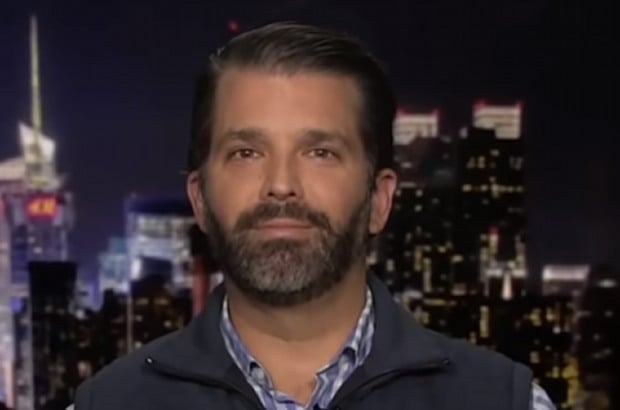 Donald Trump Jr. is coming to a computer, tablet or phone near you.

He just signed a large financial deal for a new podcast on Rumble, the free speech alternative to YouTube.

Rumble is already getting huge traffic from conservatives who are tired of the censorship on YouTube and this is just going to raise their profile even higher.

Donald Trump Jr. has inked a multiyear podcast deal with Rumble Inc., the user-generated video platform that serves as a conservative alternative to YouTube, Axios has learned.

Why it matters: The deal brings momentum to Rumble following its debut as a public company last year.

– Rumble went public via a blank check company merger in September that valued the platform at over $2 billion at the time.

– The company has made strides in user growth, but continues to burn through cash as it launches new features and spends on marketing.

Details: With the deal, Rumble will exclusively host a new Trump Jr. podcast called “Triggered with Don Jr.” — homage to the title of his 2019 book.

– The live show will air twice per week beginning the week of January 23rd, with the possibility of expanding its cadence in the future.

– Trump Jr. joined Rumble in early 2021. He has since amassed over 1 million subscribers, giving him one of the platform’s largest followings.

This podcast will probably do extremely well.

Best of luck to Mr. Trump in his new venture.