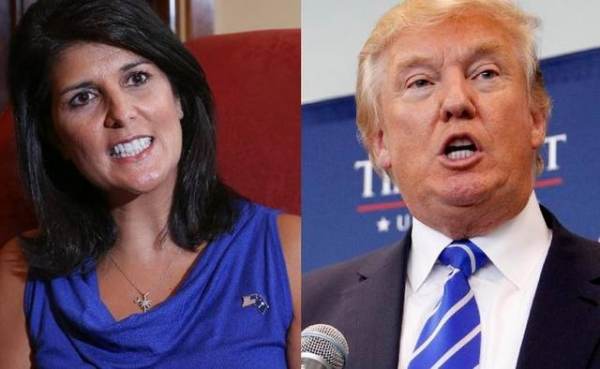 Senator Lindsey Graham has reportedly been shopping Anti-Trumper Kikki Haley around to big-time Republican donors but the former South Carolina Governor is not faring so well.

According to Richard Farris, Haley is as unpopular with Republican donors as she is with Trump voters.

That’s not a good combination.

GOP elites believe it is a good idea to trash Trump now that he’s out of office.

Most Trump voters would disagree.

Sen. Lindsey Graham of her home state has been shopping her around to big-time GOP donors, and so far it’s not been working out very well, according to Steve Bannon’s “War Room Pandemic.”

The ambitious former ambassador the United Nations released a calculated break from President Trump the same day his defense begins in the sham impeachment trial.

The problem: Haley is as unpopular among donors as she is among Republican voters.

“Lindsey Graham is making this pitch for Nikki Haley and he’s calling around to people to ask if they will meet with her,” said Richard Baris, director of Big Data Poll.

“These donors are angry and they do not want to sit down with Nikki Haley,” he said.

“I guess she forgot to mention this to Politico,” Baris added.