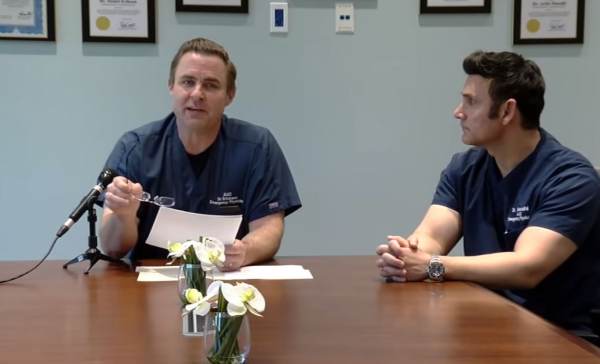 Last weekend two California doctors of Immunology went on with KERO News 23 in California and made a video disputing the official state coronavirus policy in California.

Doctors Dan Erickson and Artin Massihi said their facilities have tested over 5,200 patients for the coronavirus throughout the county, making up for over half of all testing in Kern County. According to their data, the death rate of the coronavirus is similar in prevalence to the flu. And they believe only the sick and elderly should be quarantined and that businesses should open. They also revealed that the state of California is pressuring doctors to pad the COVID-19 numbers.

We reported on this story on Saturday.

MUST SEE VIDEO: California Doctors of Immunology Say Only Sick and Elderly Should be Quarantined, Businesses Should Open, and State is Pressuring Drs. to Add COVID-19 Numbers

On Monday night the two California doctors went on The Ingraham Angle with Laura Ingraham to discuss their expertise and challenge the official state narrative on the coronavirus.

Following their appearance on the show their videos were removed from Google-YouTube!

THESE TECH COMPANIES ARE OUT OF CONTROL!

On Saturday Dr. Erickson went on FOX News to discuss the ongoing coronavirus outbreak and the tech censorship. 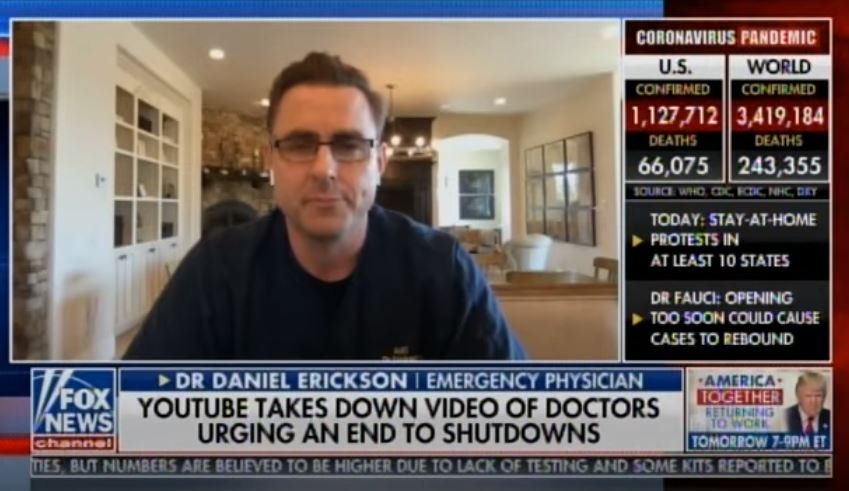 It’s not clear what the good doctor meant but he does not appear to be a fan of Soros.

FOX News host John Scott was silent after that remark.

We all know the far left tech companies are out of control.