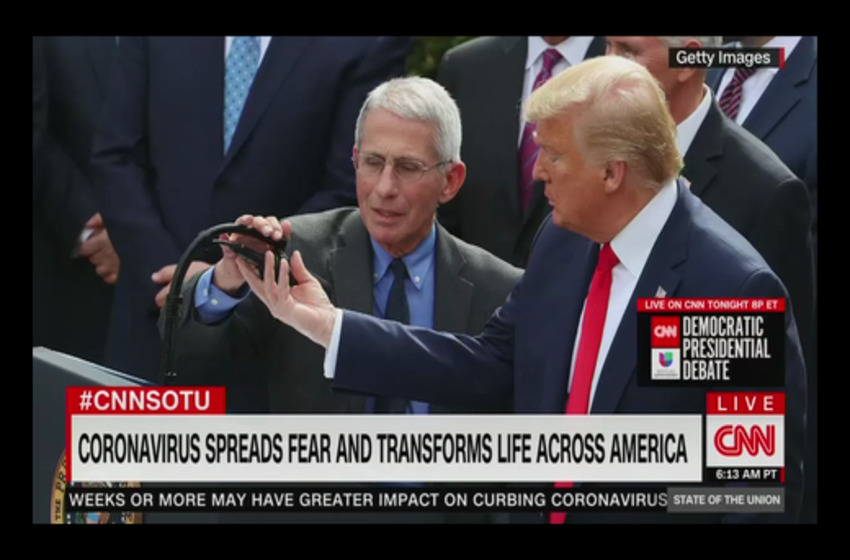 ***To read the blog, please check out the complete post on NewsBusters***

CNN has been so intense with pushing the narrative that President Trump didn’t care about dealing with the coronavirus correctly, that they’ve been hyperventilating about an image of him and Dr. Anthony Fauci touching a microphone at the same time during a White House press conference. When CNN fill-in host Brianna Keilar pressed Fauci on what happened, the nation’s top immunologist chuckled and told her to “get real” and not make something out of nothing.

Just before wrapping up their interview on CNN’s State of the Union on Sunday, Keilar drew Fauci’s attention to a picture of him and Trump readjusting the height of a microphone on a White House podium. “You actually touched the same podium, I’m sure you’ve seen this, and microphone as the President and other CEOs, even at the same time,” she declared as if they were being unhygienic.

She noted that Trump’s coronavirus test had come back as negative, but demanded to know if Vice President Mike Pence planned to get a test and if he planned to get tested. Dr. Fauci expertly defused the testing hysteria. “No, no. I’m not taking the test for the simple reason, I have no symptoms. I’m practicing pretty good social distancing.”