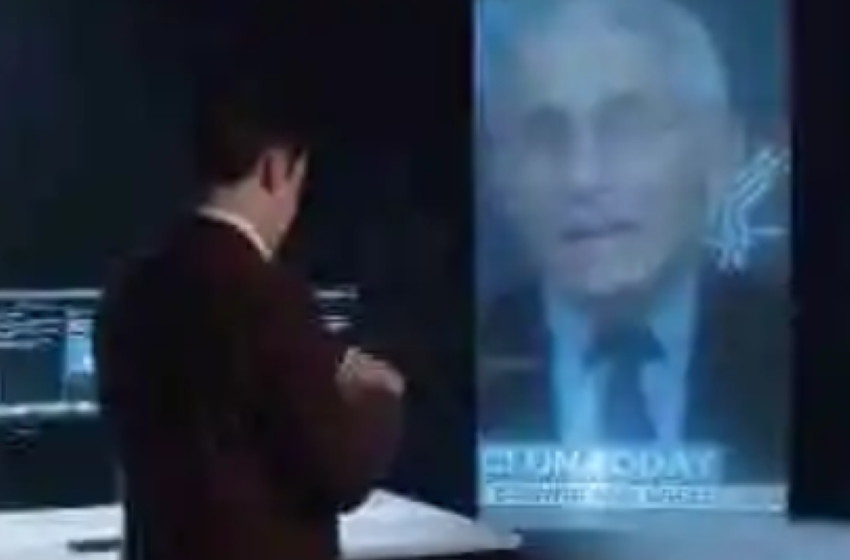 Dr. Anthony Fauci announced Monday that he is getting out of Dodge right after Republicans take over the House. Of course, he didn’t put it that way. He said he is stepping down in December and will “pursue the next chapter” of his career.

If Republicans win the House and/or Senate, they planned to investigate him.

Fauci said he’s really honored, very proud, worked for Reagan, blah, blah blah. Read his statement at the end. The lockdown guru caused tremendous damage to this country and then lied about it to Congress.

Where’s he going? To the WHO? Work for China? Some university? He’s retiring with nearly a half million dollars a year in retirement plus benefits and patents. Fauci could be quite dangerous with those patents.

“It was bad enough that Dr. Fauci, the CDC and the WHO ignored the best scientific advice at the start of this pandemic. It’s sociopathic for them to promote a worse catastrophe for future outbreaks.”

Dr. Fauci, who supports the World Health Organization’s (WHO) bid to become the sole ruler of pandemics, “is the highest-paid federal employee, despite a career of mismanagement and corruption,” Michael Knowles wrote on Twitter for The Daily Wire.

Fauci wrote in his official statement:

Over the past 38 years as NIAID Director, I have had the enormous privilege of serving under and advising seven Presidents of the United States, beginning with President Ronald Reagan, on newly emerging and re-emerging infectious disease threats including HIV/AIDS, West Nile virus, the anthrax attacks, pandemic influenza, various bird influenza threats, Ebola and Zika, among others, and, of course, most recently the COVID-19 pandemic. I am particularly proud to have served as the Chief Medical Advisor to President Joe Biden since the very first day of his administration.

While I am moving on from my current positions, I am not retiring. After more than 50 years of government service, I plan to pursue the next phase of my career while I still have so much energy and passion for my field. I want to use what I have learned as NIAID Director to continue to advance science and public health and to inspire and mentor the next generation of scientific leaders as they help prepare the world to face future infectious disease threats.

Over the coming months, I will continue to put my full effort, passion, and commitment into my current responsibilities, as well as help prepare the Institute for a leadership transition. NIH is served by some of the most talented scientists in the world, and I have no doubt that I am leaving this work in very capable hands.

Thanks to the power of science and investments in research and innovation, the world has been able to fight deadly diseases and help save lives around the globe. I am proud to have been part of this important work and look forward to helping to continue to do so in the future.

Horror Stories of an Adverse Covid-19 Vaccine Reaction Victim and PatientJuly 30, 2022In “Columns”

Did Dr. Fauci undermine President Trump or was it MSM distortionsApril 13, 2020In “Home of News, Politics & Opinion”