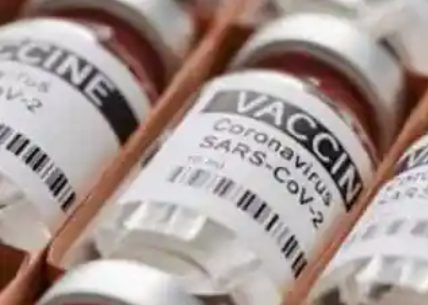 Dr. Panda reviewed the recent studies suggesting the more people get boosters, the higher the risk of getting COVID, higher than unvaccinated people. The studies also explain excess deaths. Pfizer’s mRNA vaccines are causing dramatic increases in IgG4, which is not seen with adenovirus vector vaccines. IgG4 is seen with allergens.

“It’s referred to as a silencing antibody – triggered to keep immune responses from overreacting during an anti-inflammatory response or when antigens cannot be efficiently eliminated,” Dr. Panda writes.

“Now in the study healthcare workers were sampled on their ‘boosting journey’. IgG4 antibodies were found increasing before their 3rd dose however there was a dramatic rise shortly after the 3rd vaccination to about 20%. Further breakthrough infections of COVID-19 caused IgG4 antibodies to rise to between 40-60% of total IgG. Typically IgG4 should make about around 2%.

“This was only seen in mRNA vaccines and not with adenovirus vector vaccines, such as the AstraZeneca or Johnson & Johnson vaccine.

“The antibody you want to see and does the most neutralization is IgG3.”

There are four IgG’s – IgG1-IgG4 – or Immunoglobin G. They are extremely important in preventing and clearing infections.

“The authors seem to believe higher IgG4 antibodies cause viral persistence or not being able to clear the virus. (We’ve seen this in the real world)

An increase in IgG4 subclasses might result in longer viral persistence in case of infection.

“As they found the antibodies ability to kill the virus actually decreased after the third booster:

Sera taken after the third vaccination and normalized to the amount of anti-spike antibodies yielded significant lower phagocytic scores than sera from the same donors after two immunizations.

Too much IgG4 seems to be related to autoimmune conditions. The immune responses of the unvaccinated do not show the same response.

“Now, this does not mean vaccinated people are doomed. No, these antibodies are still able to bind to the virus and prevent them from infecting healthy cells. However, that doesn’t mean everything is fine. It should be further researched.

“Now it appears instead of an IgG3 dominated response we have an IgG4 dominated immune response, in the boosted. A pandemic of the vaccinated.”

No one should panic, but many doctors say these boosters should be stopped and researched.

Report: Billions Have a Broken Immune System After Pfizer JabsDecember 27, 2022In “Home of News, Politics & Opinion”

Powerful New Monoclonals May Eliminate the Need for VaccinesSeptember 12, 2022In “Home of News, Politics & Opinion”

mRNA Sheds from the Vaccinated to the UnvaccinatedDecember 2, 2022In “Home of News, Politics & Opinion”