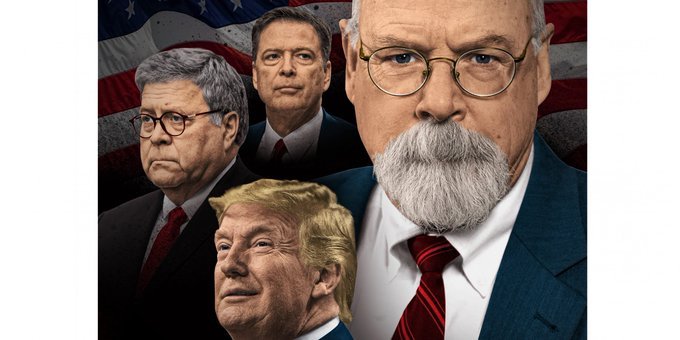 As he documents the role of Hillary Clinton’s campaign in generating false allegations of Trump-Russia collusion, Special Counsel John Durham has also previewed a challenge to the FBI’s claims about how and why its counterintelligence investigation of the Trump campaign began. At stake is the completeness of the official reckoning within the U.S. government over the Russiagate scandal – and whether there will be an accounting commensurate with the offense: the abuse of the nation’s highest law enforcement and intelligence powers to damage an opposition presidential candidate turned president, at the behest of his opponent from the governing party he defeated.

The drama is playing out against the clashing approaches of the two Justice Department officials tasked with scrutinizing the Russia probe’s origins and unearthing any misconduct: Durham, the Sphinx-like prosecutor with a reputation for toughness whose work continues; and Michael Horowitz, the Department of Justice inspector general, whose December 2019 report faulted the FBI’s handling of the Russia probe but nonetheless concluded that it was launched in good faith.

The bureau’s defenders point to Horowitz’s report to argue that the FBI’s Trump-Russia conspiracy investigation, codenamed Crossfire Hurricane, is untainted despite its extensive use of the discredited Clinton-funded Steele dossier. Though highly critical of the bureau’s use of Christopher Steele’s reports, Horowitz concluded that they “played no role in the Crossfire Hurricane opening,” which he said had met the department’s “low threshold” for opening an investigation.

But Durham has made plain his dissent. In response to Horowitz’s report, the special counsel announced that his office had “advised the Inspector General that we do not agree with some of the report’s conclusions as to predication and how the FBI case was opened.” Durham stressed that, unlike Horowitz, his “investigation is not limited to developing information from within component parts of the Justice Department” and has instead obtained “information from other persons and entities, both in the U.S. and outside of the U.S.”

Durham’s office has not described the specific basis for its disagreement. But the Crossfire Hurricane advocates’ defense has a big problem: copious countervailing evidence in the public record – including in Horowitz’s own report. A considerable paper trail points to Steele’s political opposition research playing a greater role in the probe than the FBI