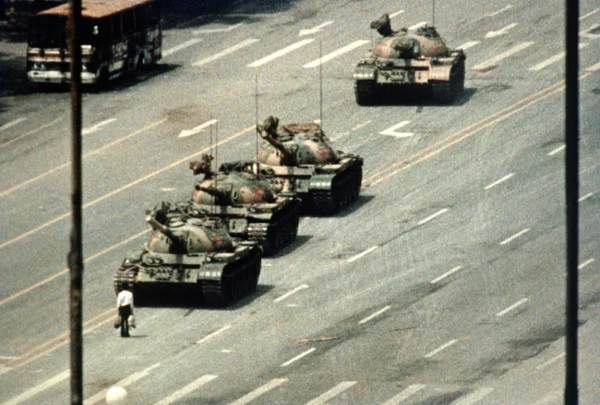 After several days of protests against the regime’s brutal COVID quarantine policies, the Chinese regime sent tanks into Xuzhou City on Monday.

This video of tanks entering the city was posted on social media.

But the Western media ignored this historic scene.

They don’t want to upset the Chinese Communists.

And the Biden regime will not openly support the democracy protesters.

This is America today.

Here is video from Xuzhou.

Several military tanks have rolled through the streets of China as Beijing ramped up its crackdown against demonstrators who are protesting against President Xi Jinping’s disastrous zero-Covid policy.

Video shows a steady stream of tanks trundling through the eastern city of Xuzhou on Monday night.

The footage will rekindle memories of the Tiananmen Square massacre in 1989, where hundreds – if not thousands – of Chinese protesters were killed by soldiers in tanks.

Xi’s Communist Party officials have ramped up their crackdown on demonstrators, with police officers seen wrestling with protesters before dragging them away.

Tucker Carlson on Tuesday night reported on the tanks sent into Xuzhou, a city in northwestern China with a population of 9 million people.

Tucker asks why the fake news mainstream media is not reporting on this major story.