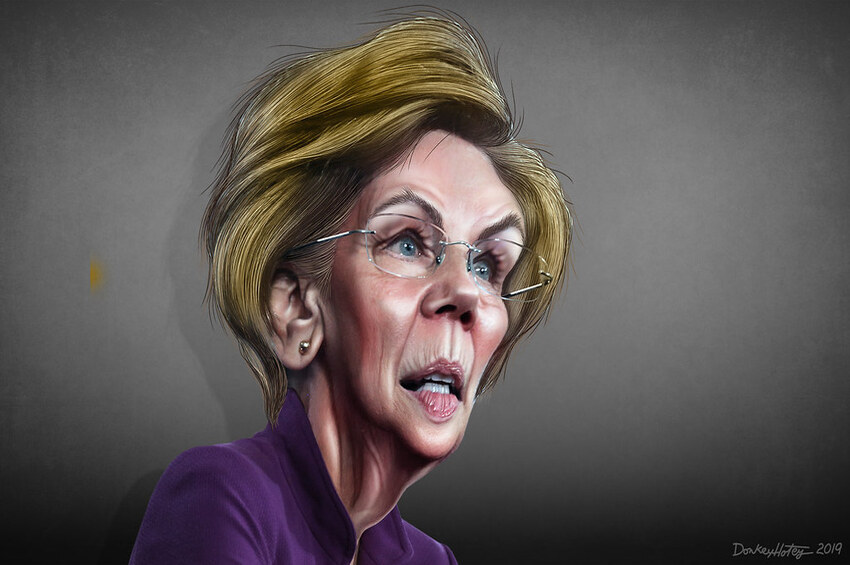 If you thought the Constitution, the economy, or hard-working patriotic Americans are what holds this country up, you were way the hell off. According to Chief Panders With Weirdos Elizabeth Warren it’s really black transgender, gender-nonconforming, and nonbinary people who are the “backbone of our democracy.” I honestly don’t know the difference between those 3 things, but I’m certain Warren is full of crap on this.

Here’s the most pander-tastic tweet ever from a 2020 democratic party candidate:

Thank you, @BlackWomxnFor! Black trans and cis women, gender-nonconforming, and nonbinary people are the backbone of our democracy and I don’t take this endorsement lightly. I’m committed to fighting alongside you for the big, structural change our country needs. https://t.co/KqWsVoRYMb

What about the white transgender-benders? Don’t they help prop up this country too? Apparently not.

Obviously the U.S. is a representative republic and not a direct democracy, but when liberals say “our democracy” they are using it as a synonym for “our country.” This is Elizabeth Warren making the fact-free claim that America owes its existence to confused people playin dress-up.

There’s a bunch of ways to look at this Warren tweet and none of them are good. Or sane.

She’s saying that the only thing keeping the United States of America going is a statistically insignificant number of black people who pretend to be a different gender than they were born with.

Or: America would cease to exist if if weren’t for brave black men putting on dresses and acting like women.

Or: Without black transgenders, this country would be a fascist dictatorship.

There are probably around 235,440 black people who identify as transgender in the United States, which is hardly a significant number. It’s difficult to believe that this small number of freaks is the only thing standing between us and complete ruin. It’s impossible to believe when you consider:

-There are no black trans people holding elected state or national office.

-Black trans people don’t own companies and don’t employ anyone.

-Black trans people are generally unemployed and/or on welfare.

These are not racist or transphobic statements, they are 100% true.

How does a small number of people who don’t vote, hold office, pay taxes, or contribute to the economy or society make up the backbone of this country? The answer is, they don’t. This is complete pandering BS from a woman who spent most of her life being trans-ethnic.

Where are the courageous liberal media fact-checkers on this one? If Donald Trump said his supporters were the backbone of America, there would be non-stop liberal media coverage “proving” him wrong.

The liberal media will never call Warren out on this shameless lie, but here’s something that will happen: Def-Con News will get flagged for this article because I wrote true things concerning black trans people. In about 3 days I’m going to get a warning that this article contains “dangerous extremist content” from one of our ad providers and I’ll have to disable on ads on this page.

Our country’s existence doesn’t rely on a small number of non-voting non-contributing gender non-conformers. They might be a boil on the ass of our republic but they definitely ain’t the backbone of this country.