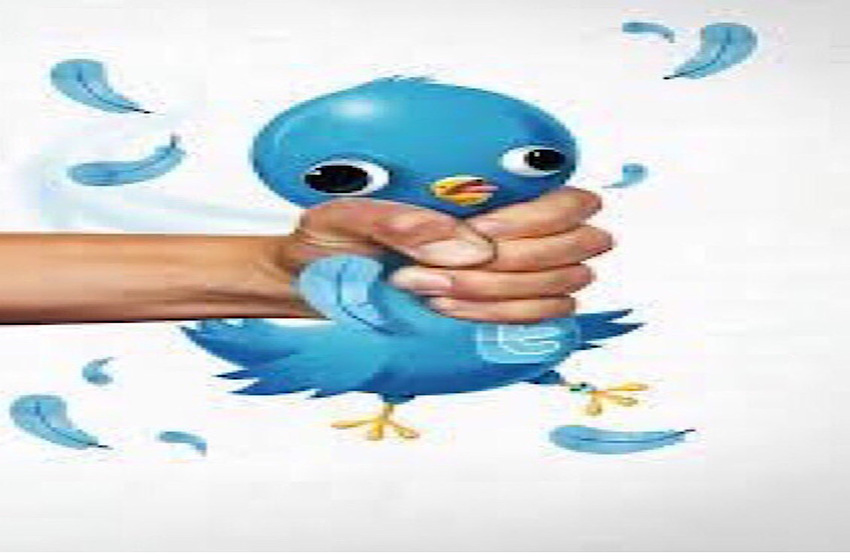 On February 28, 2020 it was announced that Elliott Management who nows owns 4% of the Twitter stock was seeking to oust Jack Dorsey, Twitter CEO.

I am a conservative and an active Twitter user.  I am also a Twitter stockholder.  I have had my accounts suspended by Twitter as many conservatives have. I recreate a new one and come back.

I have become so disenfranchised with Twitter that I have reported Jack, the Twitter board and Twitter General Councils to the California bar for failure to perform their fiduciary responsibility to protect shareholder investment. I have contacted the board demanding Jack be removed from his position as CEO and from the board.

I have requested time at the next stockholder’s meeting to present a proposal and to provide each stockholder with irrefutable proof that censorship is based upon Jack’s virtuous ESG’s (environmental,  social and governance criteria) rather than based upon. The purpose of using ESGs rather than law is that it permitts Jack’s employees to suspend conservative accounts at rapid pace for essentially anything they choose.

I know that every Thursday, Friday, Saturday, Sunday there is a particular Twitter employee, I do not know who, that takes great delight in deleting our tweets, putting limits on our followbacks such as 1 followback every 90 seconds, kicking us out of the system and go through the process of verifying we are not a bot.

Twitter knows I am not a bot.  I have sent 76k tweets! I have 31.3K in followers. My pinned tweet is a tweet to Jack and the board!  If they really believed I was a bot you would think they would have established that within the first 100 tweets or the first 100 followers.  I know it and they know is pure harrassment and censorship.

What responsible business allows their employees to gleefully harrass its customers or throw the customer out without clear explanation of the violation?

I have explained to Twitter that Parler is very close to offering a service that is equal to or better than Twitter’s.  Parler is signing up conservatives by the hundreds daily.  I am active on Parler as are many of you.  Parler understands that without group messaging we aren’t going to leave Twitter.  They are working hard to give us a better experience than Twitter.  The respect and cordial treatment that we receive from Parler is worth untold millions of dollars.  Make no mistake, they apply this concept to everyone – including liberals.  Parler bases their censorship upon the law.  Break the law and you will not have a Parler account.  Parler respects our right to free speech. When Parler achieves the Twitter experience I will delete my Twitter account and go to Parler permentantly.

Liberal businesses believe they can change the world.  They believe they can make us conform to their ESGs. They are globalists.  It causes me to think back to the 90’s when corporations were hiring corporate culture consultants by the barrel loads to change their employees perspective.  It didn’t work.  There was no way those vice presidents were going to turn loose of command and control methods they developed over the life span of their career.  So, if the vice president’s didn’t buy into it why would anyone believe employees were buying the line being delivered.  The words were great – the action or lack of it by manageent was damning.  Having said this, if a company cannot change its culture what makes Jack think he can change the world?  In all honesty Jack probably didn’t have this knowledge yet in his life’s book of experience. He was too young. But make no mistake-the message he is sending us is “its his way or no way”.

I say that Jack has developed a brilliant product that he is no longer interested in.  He is more interested in his other company, “Square” and his African philanthropy.  He has not taken Twitter to the next level and in doing so the Twitter stock price is pitifully low. But when we delete our Twitter accounts and make the move to Parler the stock price is going to go into freefall, advertisers will leave and Twitter employees will be out of a job.  And, then the Twitter stockholder lawsuits begin. Mine most definately will.

Group messaging - How many of us have had Twitter suspend our accounts because we use group messaging to blast messages out to as many people as possible? You remember the 200 friends of ours that were all taken down over night because of a study done by a school in San Diego? Jack created this feature – but he doesn’t like us to use it.  Jack doesn’t understand this is his number 1 feature.  No one else has this capability!  This is the only feature that Twitter has that others do not. If Twitter didn’t have this I would be on Parler and still be on Facebook.

Jack developed this feature but implements TOS that allows him to shut us down for using it rather than adjusting his programming so we can’t.  Really – there is nothing wrong with using it other than Jack’s disdain for conservatives.  But Jack also fails to see the marketing side of what he has.  It is smart to have a free service for users.  But his product could be restructed and marketed to users rather than just advertisors.  Such as, it could be a basic free service that includes having one or two group rooms.  He could charge a fee to use the next level 3-5 rooms, a fee for 6-10 and he could set a maximum limit of any choice that he wants. This is but only one thought.

The reason we like group rooms is pretty simple.  Each group room (message) can have a maximum of 50 people.  Each of us put our tweets in the room and we each retweet every tweet placed in the room.  Using 5,000 followers per person in the retweet room equals 250,000 followers receiving one tweet.  There is some redundancy in this number as our followers have some overlap.  This provides maxium exposure for our messages.  Many of us operative multiple rooms.  We create what we call a home page.  We move all of the tweets from the rooms to one home page.  Both rooms retweet from the home page.  Now one tweet goes out to 500,000 followers.

Parler does not have this capability.  In fact, no other social media platform offers this.  On Parler I have quite a few followers.  Even so, a good day on Parler may produce 50 echoes (the equivalent of a tweet).

Without group messaging, Twitter is no better than any other service.

Twitter has limits for followers and unfollowing.  Twitter will shut us down for following another account’s followers. I cannot think of a good reason why this is. Twitter puts us in timeout if we follow or unfollow more than 30 people at a time.  Twitter will make us reset our account for bot like tendencies when following people who have retweeted or liked our tweets.

Direct Messaging a Single User - Both Parler and Twitter offer this feature.

Character Limits - Twitter’s character limits a tweet to 280 characters per tweet and allows up to 25 tweets to be threaded. Twitter does have the ability to block a user’s ability from doing threads.  Parler on the other hand allows 1,000 characters per Parley.  A Parley is Parler’s equivilent of a tweet.  Threads are created by adding comments to your own Parley.  Parler does not penalize a user by limiting or turning threads off.  An Echo on Parler is a retweet.

Shadow Banning - Twitter TOS has been updated to state they may choose to do this.  Why? I don’t know why.  But they do shadow ban us. Parler does not shadow ban.  It’s simple. If you break the law, you don’t have a Parler account.

News Feeds - Twitter’s news feeds are excellent.  Parler’s is growing and has grown significantly since it first started. As more people come on board, the feeds will increase.

Lists - Twitter’s list making capability is excellent. I’m in a lot of rooms, some of which have a home page that supports 1 or more rooms.  I put the accounts on a list and that is how I make my retweets.  I have a list for 80 news agencies and I read it daily.  Parler does not have lists.  They do assign a bell to each account.  Tap the bell and their Parley’s will come into your feed. I prefer Twitter’s lists.

Inserting Links and Pics - Twitter and Parler are equally easy to insert web links and photos.

For Ipad and Iphone users there is an APP that I use daily.  It’s called Followers Pro +.  It provides the specific tweets and the followers accounts that the tweet was deleted from.  I take screenshots when this occurs. It also shows the accounts that have unfollowed me which include the suspended accounts.  Account unfollows are rare.  Suspended accounts can be quite large.  The app allows me to download the suspended accounts to Excel.  It shows who has blocked you and you can block back from the app.  It shows all of the accounts you are following but are not following you.  The app allows you to sort by oldest to newest.  I can offload 50 accounts in less than 60 seconds.  I believe this app is 99 cents a month or $8.99 for a year.

Blocking/Reporting Other Accounts - both Twitter and Parler offer this feature.

Maybe….. on February 28, 2020 it was announced that Elliott Management who nows owns 4% of the Twitter stock was seeking to oust Jack Dorsey, Twitter CEO.  Elliott Management is a $40.2B hedge fund run by Paul Singer. Mr. Singer is urging changes.

Here is a quote from an article written by Curt Mills, 12/12/2019 and featured in The American Conservative:

“Elliott Management and Singer have been described as the eminence grise of the neoconservative financial circuit.  Paul Singer drives a hard bargain and generally gets what he wants.  FOX NEWS highlighted the effects of Elliott’s role in forcing Cabela’s to merge with Bass Pro Shops – a business decision that put the town of Sydney, NB where Cabela’s was headquartered into a slow but steady decline.”

It remains unknown if the new members at Twitter will stay with censoring based on corporate ESGs or based upon the law or if they even care about that.  From what I have read about Paul Singer, he looks for profit.  He is often referred to as an investment activist. If achieving profit requires merging, laying off people or selling assets that is exactly what he will do.  Sort of like Carl Icahn.

What Was Finally Agreed To?

-Egan Durban, co-CEO of Silver Lake and Jesse Cohn, a partner at Elliott are appointed to Twitter’s board.

-Twitter’s board will continue its search for a new independent director.

-Silver Lake has pledged a $1 billion investment in Twitter

I don’t know and cannot find information on what the $1B investment will be spent on.  We will just have to wait and see. Maybe just maybe Paul Singer can drive some sense into Jack and help him realize what he is doing is not only just plain wrong but it is impacting shareholder value bottom line.