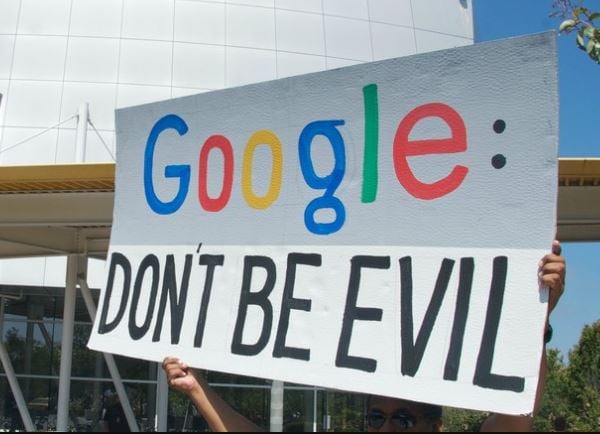 Years ago, you would have to visit a far left college campus to hear people talking about needing a safe space, but these snowflakes have grown up and now they’re in the workforce.

Google recently laid off about 12,000 employees and the workers who still have their jobs are demanding ‘psychological safety’ from their bosses. Seriously.

Google employees who survived the company’s recent purge of 12,000 of their now-former colleagues grilled executives during a tense all-hands meeting on Monday — anxiously demanding assurances that their jobs aren’t next on the chopping block.

One Google employee based in the UK told management that “psychological safety is paramount” after parent company Alphabet Inc. shed around 6% of its full-time workforce.

The employee was outraged that among those let go by Google were high performers and people on immigration visas.

“How are we supposed to ever feel safe again?” the employee wondered. His comments were reported by Insider.

Did the Keystone XL Pipeline workers who Biden laid off on the first day of his presidency get any psychological safety?

This is beyond parody.

Stunned Google staff want ‘psychological safety’ after layoffs. ‘How are we supposed to ever feel safe again?’ one employee asks in a tense all-hands meeting. https://t.co/Y6UjxlJvVC

Other industries experience layoffs all the time.

They should try the commercial construction trades. The job ends and mass layoffs are the norm. Welcome to the party.

Hey Google Employees….welcome to the grown up world!!! Your job is NEVER guaranteed!!!

According to one reporter, the laid off Google employees got a sweet deal.

Don’t worry too much about the people being laid off from Google. Here’s the severance they’ll get: