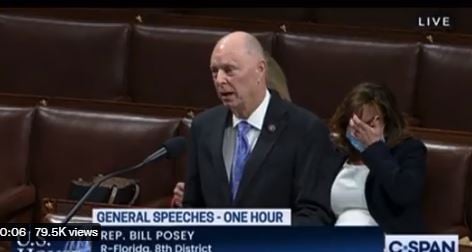 Rep. William Posey is an American businessman and politician serving as the U.S. Representative for Florida’s 8th congressional district since 2009.

Rep. Posey took to the House floor on Thursday blasting President Biden’s ‘Build Back Better’ failing economic program as being unable to “pass a straight-face test” citing out of control inflation and supply chain issues.

Posey ended his speech saying the American public wanted the Democrats “…to help put America back where you found it and leave it the hell alone. Let’s go, Brandon!”