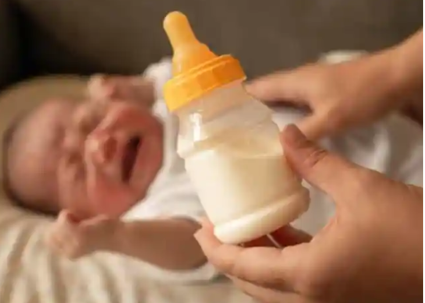 Israeli researcher David Shuldman has worked tirelessly and courageously to get research out that suggests COVID vaccines cause neonatal deaths. Neonatal deaths are defined as deaths in the first four weeks of life, from the moment after birth until 28 days later. Recently, he obtained data on the quarterly number of neonatal deaths beginning the first quarter of 2019.

Just look at these numbers that i got from Macabi health organization (25% of Israelians) as an answer to my foia about infant’s deaths:
100% more than previous years since jabs began in Israel: pic.twitter.com/CQmy37h3ri

These spikes are about triple the usual rate of neonatal deaths.

Israel Ministry of Health denied it. Pfizer denied it. But finally here we have official confirmation from Prime Minister that as part of the deal, Israel was turned into Pfizer’s lab.pic.twitter.com/PPlrCNpukR

Dr. Josh Guetzkow, a Senior Lecturer in Law at the Hebrew University of Jerusalem, published a more in-depth article on his Substack page, Jackanapes Junction. He posted this chart showing what that information looks like and explains it:

The total number of births changes little from month to month. Consequently, these spikes are about triple the usual rate of neonatal deaths.

“In February 2021, the Israeli Ministry of Health started to officially recommend COVID-19 vaccines for pregnant women in their 2nd and 3rd trimesters, so the timing of the second quarter spike would coincide with women being jabbed later in their pregnancy 2-4 months prior…

The spike in Q2 and Q4 of 2021 is similar to what he found  in an analysis of data from a large Israeli hospital among vaccinated women in Q2 (April-June):

Read the entire explanation at Jackanapes Junctions and subscribe there if you choose.

Steve Kirsch has been on the blood clots the powers-that-be say can’t be caused by the vaccine. He comes up with strange new phenomena ignored by the brueaucrat doctors in the government.

10” clot removed from LIVE person who was vaxxed. Anyone ever seen this before vax rolled out?? pic.twitter.com/5ZwiWxgCq2

Dr. Krisch is running his own unscientific vaccine survey here if you want to participate. He wants to find out if the vaccines are helpful or harmful.

Moderna was pulled from Australia. Dr. Kirsch and other prominent doctors, like Dr. Aseem Malhotra want them all pulled.

Unfortunately, all COVID vaccines should be pulled https://t.co/mzAblrTgIO

At the same time, this is what Australia is doing:

Professor Cyril Cohen, a member of the Advisory Committee for COVID vaccines, admitted on French television that young people were vaccinated with a vaccine that increases their likelihood to develop myocarditis. >>> pic.twitter.com/89GbvgTgxS

Shocking Numbers of Excess Deaths in the EU and USSeptember 20, 2022In “Home of News, Politics & Opinion”