Last weekend members of BLM and the Crips gang colluded in assaulting a group of Christians who prayed at the statue of St. Louis in Forest Park in St. Louis.  We have evidence the same criminals who assaulted individuals at the prayer event have purchased over 300 pounds of fireworks which simulate gun fire.

Terrence Page is a soldier of the Blue Umbrella BLM Militia. At a prayer event on June 27th at the St. Louis statue in Forest Park, Page punched three individuals in the face. This comes as no surprise since Page has been a member of the Crips since 2000:

Terrence Page is also a member of ‘The Blue Umbrella’ group. This militia group conducts arms training. This includes training in AR-15’s, AK-47’s and pistols. 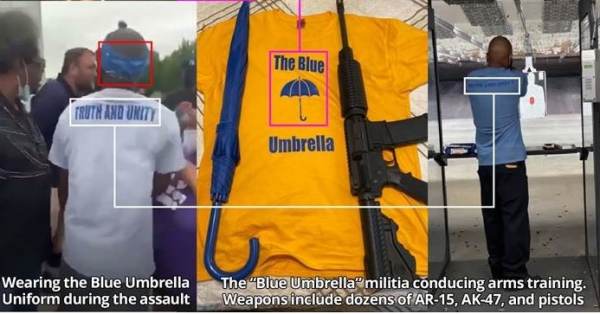 The Blue Umbrella is not only connected to the Crips, it is also connected to BLM and and the National Committee of the New Black Panthers. Also, below is a picture of Terrence Page with his crips gang in 2010