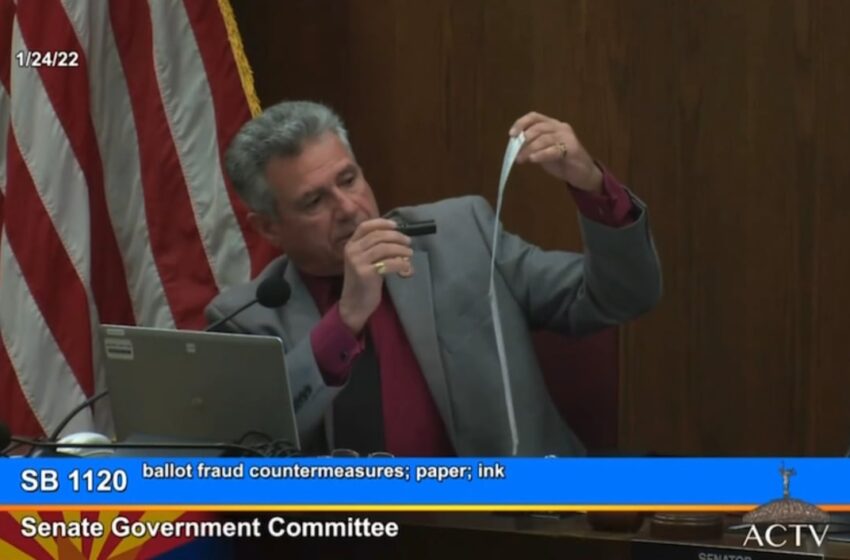 Borrelli’s lawsuit states that due to Maricopa County’s use of “unproven software programs that improperly but unavoidably influenced the judgment of poorly trained workers tasked with signature verification, in violation of Arizona statutory law, the voting strength of residents of Mohave County, Arizona, was diluted and their Constitutional rights were violated.”

State Senator Sonny Borrelli filed the lawsuit on Monday against Katie Hobbs and Maricopa County for disenfranchising Arizona voters by their lawless behavior in the 2022 midterm elections.

The Gateway Pundit also reported that on December 15th Mohave County Arizona Board of Supervisors will also discuss possible litigation against Maricopa County for stealing the 2022 election from the people of Arizona.

Senator Wendy Rogers called Maricopa County out for flouting the law and making up their own rules in a recent tweet.

Borrelli told The Gateway Pundit, “I’m challenging the fact that Maricopa County is the only county that used artificial intelligence to verify signatures on a ballot envelope.” He continued, “there’s nothing in the law that allows them to do that.”

“The legislature never passed a law to allow this type of technology. It’s not in the Elections Procedures Manual,” Borrelli stated

“It’s obvious that Maricopa County went rogue and just did whatever they wanted to do, without any legislative authority whatsoever.”

The Gateway Pundit also reported that whistleblowers in Kari Lake’s lawsuit revealed that tens, if not hundreds, of illegitimate or mismatched ballot signatures, were