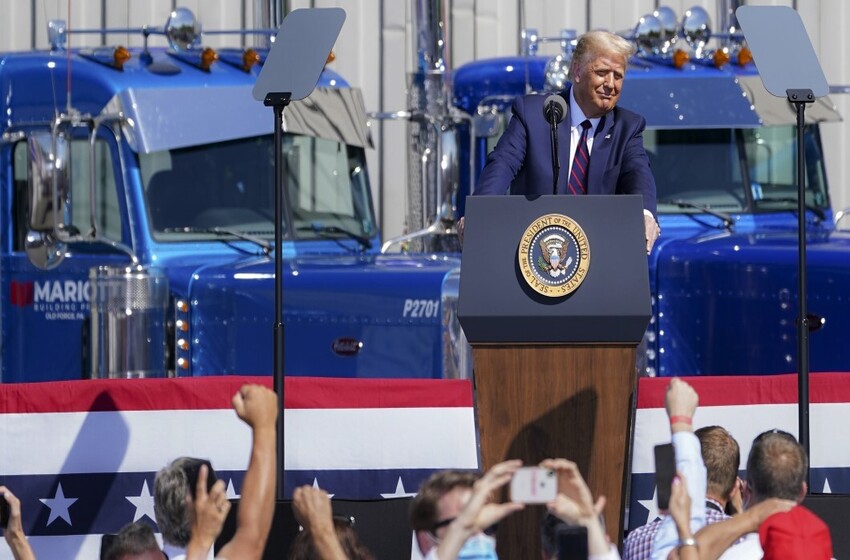 This wasn’t supposed to happen. During this week’s Democratic National Convention, which was supposed to launch Joe Biden and Kamala Harris’s ticket into the fall election with good feelings and high poll numbers, President Trump’s approval rating surged. The Rasmussen Reports daily average for Trump, which is spread over three days, hit 51% this week — and has stayed there. On the first day of the Democratic National Convention, Trump’s approval rating was 47%.

It rose as the president was taking hits at the virtual convention from former President Barack Obama, 2016 foe Hillary Rodham Clinton, and a host of other prominent Democrats.

But it also came as he hit the campaign trail in advance of next week’s GOP convention to slam the Biden-Harris ticket and talk up his successes, including the new peace agreement between Israel and the United Arab Emirates.

"By the way, the Rasmussen daily tracking poll… How is it possible that the president’s approval numbers could increase during Democrat convention week? But they have."

Don’t Be Distracted from the Democrat Convention Disaster https://t.co/4nk26QexrB via @rushlimbaugh

On the Rasmussen Twitter page, it was noted how rare it is to see the other party’s candidate ratings surge during convention week.

In a reaction to Rasmussen’s poll that was looked at over 250,000 times, a commenter wrote, “It’s not uncommon for candidates to receive a bump after a national political convention. It’s just that usually the convention is their own and not their opponents.”