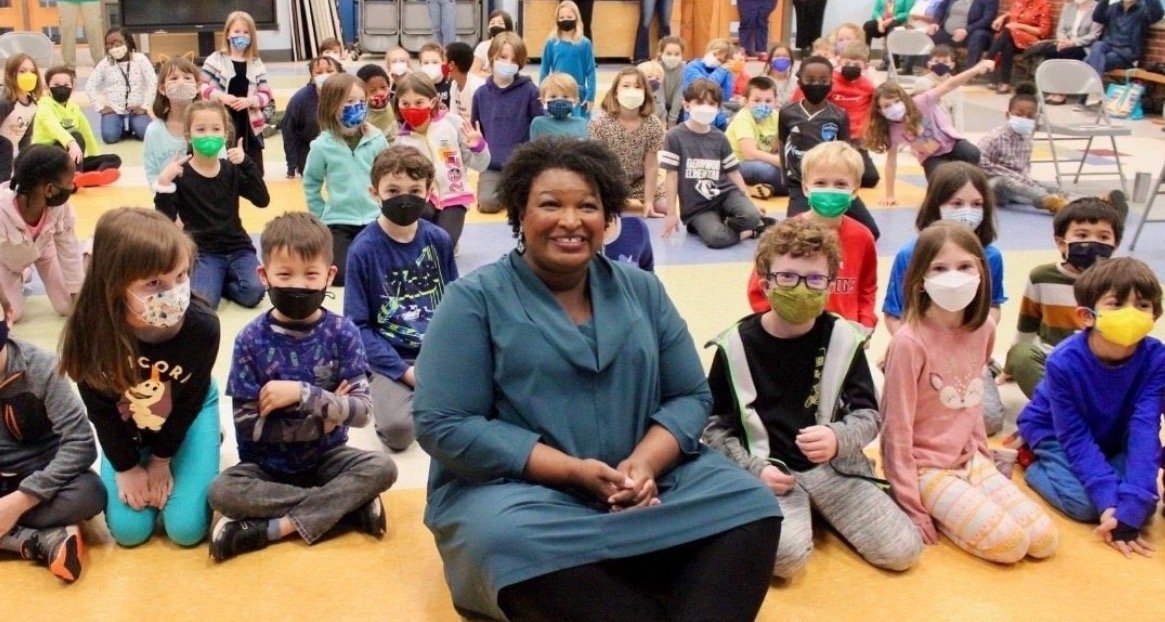 Stacey Abrams gave a long-winded response to critics who attacked her for taking a maskless photo surrounded by masked children.

Abrams should have kept it short and used the Bill Clinton-Mayor Garcetti “I didn’t inhale” defense.

But here we are.

A maskless Stacey Abrams was photographed with masked children during her visit to Glennwood Elementary School in Georgia last week.

Abrams, a morbidly obese 48-year-old, is at a much higher risk of dying from Covid than children, but she’s the only one not wearing a mask.

Conservatives blasted Abrams for her hypocrisy and child abuse.

Are these little children forced to wear masks to protect @staceyabrams?

What kind of cruel monster makes little children cover their faces so they can have a photo op without fear of viral infection?

If you’re so afraid that you make kids wear masks around you, stay home! pic.twitter.com/6fq8StnWva

There was no admission of wrongdoing and no apology.

Our opponents took a brief break from licking Trump’s boots this weekend to issue baseless attacks, and it’s more of their typical dishonest, wannabe tough guy fodder to distract from their failures. See the @staceyabrams campaign response here

The best part about Stacey Abrams’ response was admitting children can’t hear through a mask.

“She wore a mask to the event, and removed it at the podium so she could be heard by students watching remotely and for photos, but only with folks who were masked,” Abrams’ campaign manager said.

So Covid stops spreading when a person poses for a photo?

“But only with folks who were masked” – so one person’s mask is enough?

Stacey trusts science and supports masking in schools as it’s the current CDC recommendation. She wore a mask to the event, and removed it at the podium so she could be heard by students watching remotely and for photos, but only with folks who were masked https://t.co/nbl2aJRqo0

Hi @staceyabrams and @hmbrookins, why did both of you delete these tweets? pic.twitter.com/6rdmT2iHIj