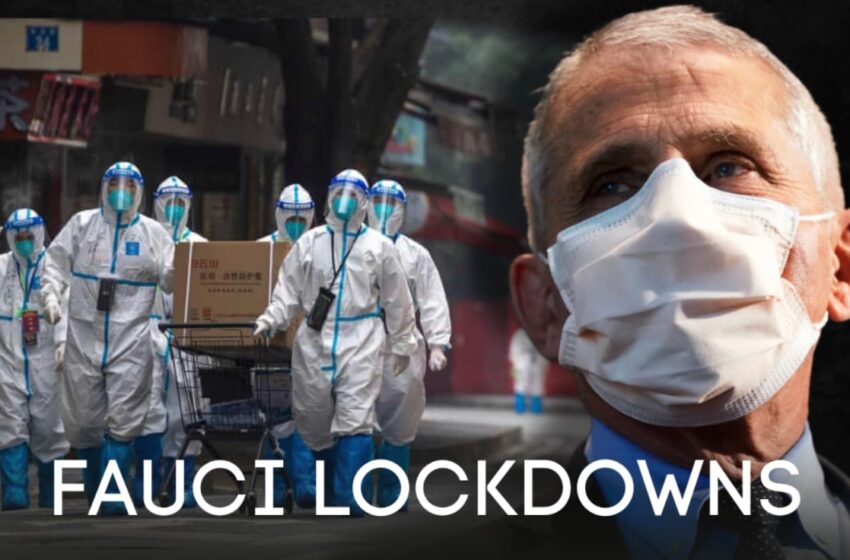 The Gateway Pundit previously reported in May that the Missouri and Louisiana Attorneys General filed a lawsuitMissouri v. Biden) against the Biden Administration, including Joe Biden himself, Anthony Fauci, the Department of Homeland Security and nearly a dozen federal agencies and Secretaries.

Fauci was deposed on Wednesday.  And The Gateway Pundit’s Jim Hoft and attorney John Burns were present at the deposition and witnessed the questioning for seven hours.

During questioning, Dr. Fauci admitted that he got the idea for the unprecedented economic lockdowns in America based on the draconian measures taken by the Communist Chinese regime.

Fauci sent his longtime co-hort Clifford Lane to China in February to assess the situation. Lane was enthralled with the Chinese measures and pushed the idea on Dr. Fauci.

Of course, Fauci did not question the information despite Communist China’s history of falsified information.

John Sauer, “And Mr. Lane, after returning from the trip, said the Chinese were managing this in a very structured, organized way; correct?… Did you discuss Mr. Lane’s experience on the trip with him when he got back from the WHO trip?”

Dr. Fauci, ” The answer is I did… Dr. Lane was very impressed about how from a clinical public health standpoint, the Chinese were handling the isolation, the contact tracing, the building of facilities to take care of people, and that’s what I believed he meant when he said were managing this in a very structured organized way.”

Sauer: “So he drew the conclusion that there might have to be extreme, in his word, measures to mandate social distancing to bring the outbreak under control; correct?”

Fauci: “That’s what this is implying, yes… He did discuss with me that the Chinese 19 had a very organized way of trying to contain the spread in Wuhan and elsewhere. He didn’t get a chance to go to Wuhan, but he was in Beijing, and I believe other cities — at least Beijing — and he mentioned that they had a very organized well regimented way of handling the outbreak.

Sauer: “And so he had a kind of positive reaction to that. There might be lessons to be