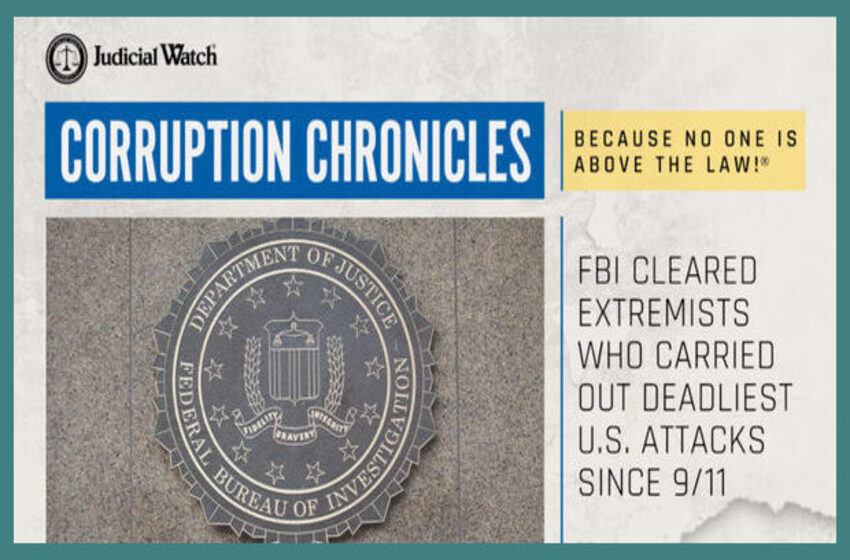 Nearly two decades after its well-documented transgressions culminated in the worst terrorist attack on U.S. soil, the federal law enforcement agency responsible for protecting the country against a repeat still struggles to do its job and it has cost dozens of American lives. The failures have allowed homegrown violent extremists (HVE) to carry out more than 20 attacks in the U.S. since 9/11, some of them after the agency, the FBI, closed counterterrorism investigations of the attackers.

The negligence has resulted in the death of 70 people murdered by at least six terrorists who had been under investigation by the FBI, according to a report issued recently by the Department of Justice (DOJ) Inspector General. In all the probes the FBI closed the cases quickly after ruling that the extremists presented no threat to national security. The agency examined its mishaps in the aftermath of the deadly events. “Following these attacks, the FBI conducted reviews and determined there were weaknesses in its HVE assessment processes,” the agency watchdog writes in its report. “However, we found that the FBI has not taken sufficient action to address these weaknesses.” There is more that may not have been included in the probe. The DOJ IG goes on to disclose that “in 2017, the FBI conducted an enterprise-wide review and identified potential terrorist threats that may not have been adequately assessed during calendar years (CY) 2014 through 2016, which amounted to 6 percent of the total assessments reviewed. We found that the FBI did not take adequate action on nearly 40 percent of these assessments for 18 months.”

The latest FBI transgressions resulted in some of the deadliest terrorist attacks since Islamic jihadists carried out their plots in 2001, killing thousands of innocent Americans. They include the 2009 massacre at the Fort Hood Army base in Texas, the 2013 Boston Marathon bombing, the 2016 mass shooting at an Orlando, Florida nightclub and the 2017 attack at the Fort Lauderdale Airport in south Florida. In 2011 the FBI opened a counterterrorism lead into Nidal Hasan, the perpetrator of the Fort Hood shooting, but the probe was closed five months later after agents evidently determined that Hasan did not pose a national security threat. Months later he massacred 13 people at a U.S. military post. The Orlando shooter, Omar Mateen, was also under FBI investigation before he carried out his attack for making statements that displayed his radicalized ideology. Less than a year later the probe was closed after agents ruled the information to be unfounded. Mateen killed 46 people.

Boston Marathon terrorist Tamerlan Tsarnaev was also on the FBI’s radar before his attack, but the agency decided that he and his terrorist brother, Dzhokhar Tsarvaev, did not pose a threat to national security, according to the IG report. Tamerlan Tsarnaev, the older brother who was eventually killed in a wild shootout with police, was under investigation by the FBI’s Joint Terrorism Task Force (JTTF) after Russian authorities notified the agency that he had become radicalized. The Obama administration could have deported Tamerlan Tsarnaev years before he detonated bombs at a major sporting event over a criminal arrest, according to information uncovered by Judicial Watch shortly after the bombings that killed three and injured hundreds. The government also dropped the ball on Esteban Santiago, who killed five people in a 2017 attack at the Fort Lauderdale Airport. Weeks before the rampage, the FBI closed Santiago’s probe ruling that he did not pose a threat to national security.

It seems that little has changed since 9/11. After the attacks, the FBI got blasted for missing many opportunities to stop the hijackers and failing to uncover important intelligence about them. In fact, a DOJ IG report disclosed that the FBI missed at least five opportunities before the 2001 terrorist attacks to uncover crucial intelligence about the perpetrators. The watchdog specifically blamed the FBI for not knowing that two of the 9/11 hijackers lived in the U.S. and for failing to follow up on an agent’s theory that Osama bin Laden was sending students to American flight schools. A decade and a half later, a panel created by Congress to determine if the FBI had adopted post-9/11 recommendations found that the problems persisted. In a 2015 report the 9/11 Review Commission was critical of the FBI’s Joint Terrorism Task Force’s ability to detect terror plotters before they strike and found the agency’s computer hacking investigations were lacking.