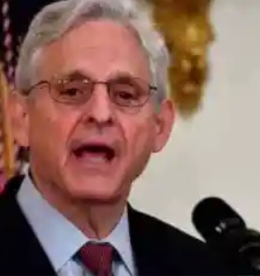 More and more people are wondering why Biden’s lawyers were allowed to search for classified documents in Biden’s homes, office, and garage or why they even began the search. The FBI/DOJ didn’t feel the need to raid his properties as they did in DJT’s case. People want to know why.

Sources came up with their excuse. According to the Wall Street Journal, the DOJ “considered having FBI agents monitor a search…but decided against it.” Allegedly, they didn’t want to complicate later stages of the probe. Also, Mr. Biden’s attorneys quickly turned over the first batch and were cooperating.

How is any of this different from Donald Trump’s situation? Yet they decided to raid Donald Trump’s home and office and rifle through his wife’s and son’s drawers and closets.

It still doesn’t answer why the lawyers looked in the first place.

It still looks like a clean-up operation to us.

“After Mr. Biden’s lawyers discovered documents marked as classified dating from his term as vice president at an office he used at a Washington-based think tank on Nov. 2, the Justice Department opened an inquiry into why and how they got there. Mr. Biden’s legal team prepared to search his other properties for any similar documents and discussed with the Justice Department the prospect of having FBI agents present while Mr. Biden’s lawyers conducted the additional searches,” the WSJ reports.

“Instead, the two sides agreed that Mr. Biden’s personal attorneys would inspect the homes, notify the Justice Department as soon as they identified any other potentially classified records, and arrange for law enforcement authorities to take them. Those deliberations, which haven’t previously been reported, shed new light on how the Biden team’s efforts to cooperate with investigators have thus far helped it avoid more aggressive actions by law enforcement.”

If the DOJ was applying the law equally, they would have raided Joe Biden’s properties. Nothing that comes out of the DOJ or FBI can be believed.

They’re insulting our intelligence. We have $2,000 an-hour lawyers rummaging through boxes like janitors. Nothing suspicious there.