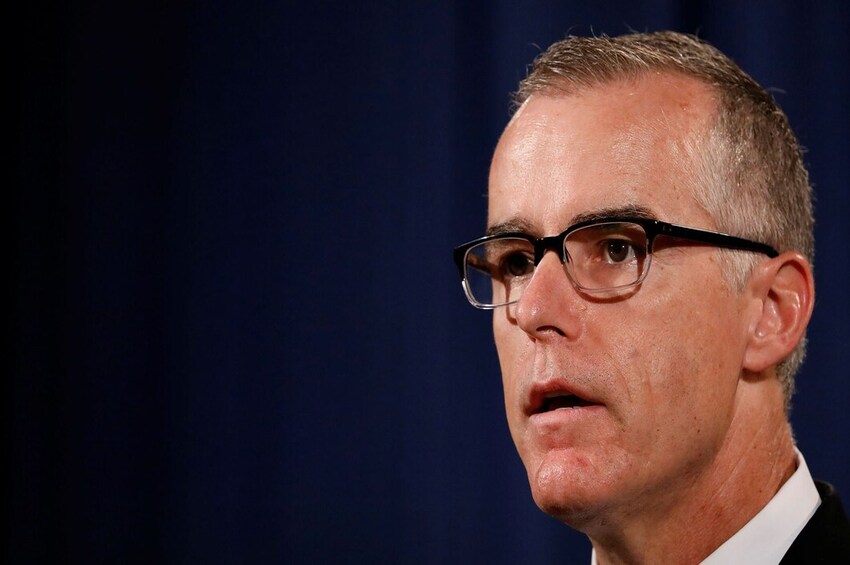 FBI investigators claim former deputy director Andrew McCabe admitted to misleading them about his involvement in a media leak and subsequently apologized for the lie, according to newly released transcripts of McCabe’s interviews with investigators.

The transcripts, released by the Department of Justice Inspector General’s office (OIG) — which found McCabe “lacked candor” with investigators in a scathing February 2018 report — detail how McCabe spun a false narrative that he was not responsible for leaking the information cited in a October 2016 Wall Street Journal article that detailed a new probe into Hillary Clinton’s email use.

Obtained via a Freedom of Information Act lawsuit by government-watchdog group Citizens for Responsibility and Ethics in Washington (CREW), the documents, first reported by the Daily Beast, describe McCabe’s reversal. Initially, the former deputy director told bureau investigators in May 2017 that he was “disappointed” the story “was appearing in the publication,” and was not sure how it leaked to the press.

McCabe also denied that he had authorized the article, which included a conversation between himself and a top Obama DOJ official, and presented himself as a “victim” to the agent interviewing him, who at the time “wasn’t surprised by his response.”

But in a follow-up interview on August 18, 2017, after investigators received “conflicting information” in other interviews, McCabe admitted that he had in fact authorized the leak.

“And as nice as could be, he said, yep. Yep I did,” McCabe said, surprising the agents. “Things had suddenly changed 180 degrees with this,” one of the agents present recounted to the OIG.

When the agents showed McCabe the portion of his statement from the May interview which stated “I do not know the identity of the source of the information contained in the article. I gave no authority to share any information relative to my interaction with the DOJ executive with any member of the media,” McCabe replied that he “didn’t ever remember seeing this before.”

“I told him, I said we sent it to you at least three times or two times,” the agent said. And an email record mentioned in the transcript shows the statement was emailed to McCabe on May 12, 2017. McCabe’s explanation at the time was “there was a lot going on.”

In its February 2018 report, the OIG detailed how McCabe had told former FBI special counsel Lisa Page to speak to the Journal, stating that McCabe’s intent was “an attempt to make himself look good” after a previous article detailed how McCabe’s wife had received nearly $500,000 from a Clinton ally to run for office in Virginia.

The OIG also found McCabe’s explanation for the discrepancy in his statements to be “wholly unpersuasive,” because it was “highly implausible” that McCabe forgot to tell the FBI of the approved leak in May.

“We therefore concluded that when McCabe told INSD in May that he did not know who authorized the disclosure to the WSJ, it was not due to a lack of memory. In our view, the evidence is substantial that it was done knowingly and intentionally,” the OIG wrote.

The DOJ is currently mulling charges against McCabe, who was made a CNN analyst in August, after the OIG recommended the charges. The former FBI deputy director is suing the FBI and the DOJ over his firing and has denied intentionally making false statements about his role in the media leaks.