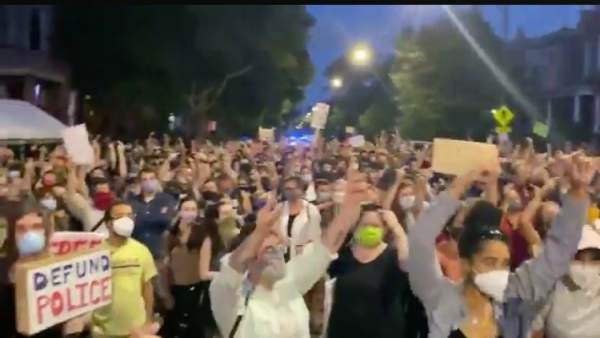 Mayor Lightfoot didn’t push back hard enough against the feds rolling into Chicago to quell the violence so the BLM supporters are angry.

BLM doesn’t care about all the black people being killed in Chicago by other blacks. It doesn’t fit their narrative.

Chicago Mayor Lori Lightfoot agreed to let feds into Chicago. So this is the scene outside her house tonight.

BLM twerked in front of Lori Lightfoot’s home. Notice not all of them are wearing masks.

These are the people who are trying to tell us what to do and how to run the country.

This is Chicago so…we have to play Chief Keef. “I just hit a stain faneto”. Lol the white people look SO awkward! #ChicagoProtests#LoganSquareLockdown#DefundCPDpic.twitter.com/lGMJbGAttV