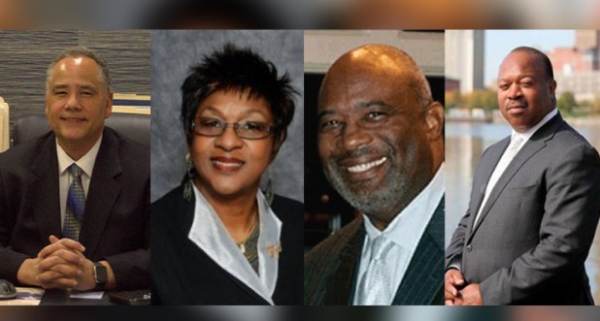 That makes a total of six Democrat officials to be charged within the last week.

Two Democrat Patterson councilmen were charged with voter fraud a couple days ago.

WTVG reported (emphasis our own):

Four members of the Toledo City Council have been accused of accepting bribes while in office, according to court documents obtained by 13abc on Tuesday.

According to a criminal complaint filed with the U.S. District Court, Councilman Sykes faces complaints of “Reciept of Bribe by Agent of Organization Receiving Federal Funds” and “Hobbs Act Extortion Under Color of Official Right.” In the affidavit filed along with the complaint, council members Harper, Riley, and Jonson are also named as subjects.

The alleged pay for votes scheme then unraveled over the next two years and according to the feds involved Yvonne Harper, Larry Sykes, and Gary Johnson.

The court documents detail how each of the council members allegedly accepted payments in the range of five hundred to five thousand dollars for ‘yes’ votes on zoning requests to internet cafes.

If convicted the council members could face 10 years for bribery and 20 years for extortion along with 250-thousand dollars in fines.