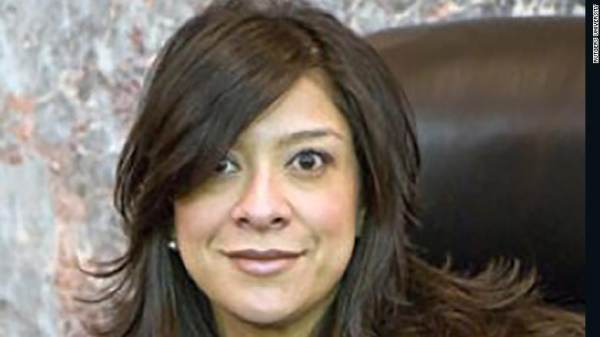 The 20-year-old son of US District Judge of New Jersey, Esther Salas, an Obama appointee, was shot dead Sunday night and her husband was critically injured by a gunman posing as a FedEx driver.

The judge’s husband, Mark Anderl, 63, a criminal defense attorney is in critical condition in a hospital.

Judge Salas was recently assigned to a case linked to Jeffrey Epstein.

The Judge was reportedly in her basement at the time of the shooting and unharmed, according to law enforcement officials.

The FBI is investigating a shooting that occurred at the home of Judge Ester Salas in North Brunswick Township, New Jersey earlier this evening, July 19. We’re looking for one subject & ask that anyone who thinks they may have relevant information call us at 1-973-792-3001.

The son of a federal judge has been shot dead and her husband critically wounded after they were attacked at their home by a gunman dressed as a FedEx driver.

The shooting came days after the judge was assigned a case with links to Jefferey Epstein, although there is not yet any suggestion that the attack is linked her work.

The attack began at around 5pm when Mark Anderl answered the front door to the family home. He was shot several times.

Daniel, a student at Catholic University in Washington, D.C., then went to investigate the commotion and was fatally shot.

The gunman then reportedly fled the scene.

According to Bloomberg, on July 15, Salas was assigned to a case linked to Epstein.

The bank didn’t tell investors it hadn’t fixed disclosure control problems and wasn’t keeping an appropriate eye on clients like convicted sex offender Epstein and two other banks involved in past financial misconduct scandals, investors alleged Wednesday in the US District Court for the District of New Jersey.

At the time of this publication, authorities have not suggested Sunday night’s shooting was linked Judge Salas’s cases.