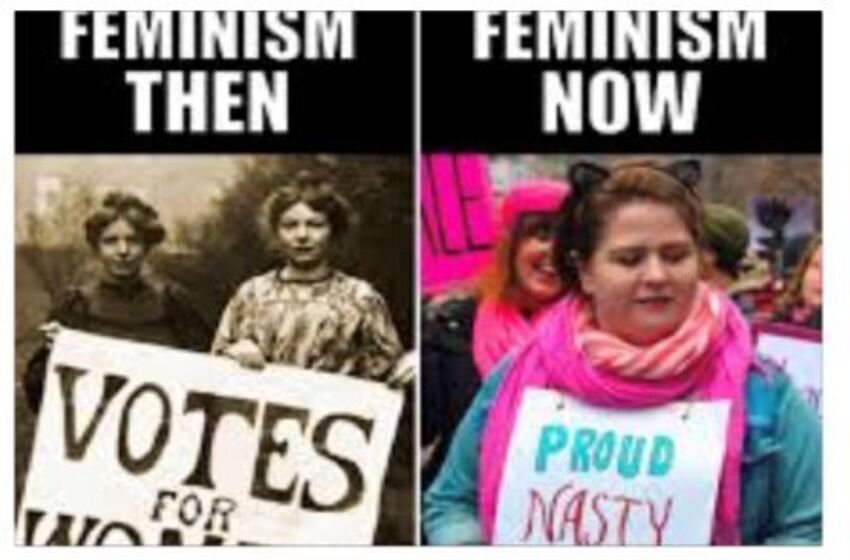 How the History of Feminism Ruined True Women’s Rights

Moving from Constitutional equality to being silent on transgendered women taking away rights from women athletes this is how today’s feminists have become a travesty of their original purposes.

The beginning of the movement actually started with women suffrage throughout the world.  The International Woman Suffrage Alliance was started in Germany in 1904.  Not until the passage of the 19th Amendment, in 1920 were allowed to vote in elections.

…The key vote came on June 4, 1919, when the Senate approved the amendment by 56 to 25 after four hours of debate, during which Democratic Senators opposed to the amendment filibustered to prevent a roll call until their absent Senators could be protected by pairs. The Ayes included 36 (82%) Republicans and 20 (54%) Democrats. The Nays comprised 8 (18%) Republicans and 17 (46%) Democrats. …

Yes even then Democrats were against women’s equality. 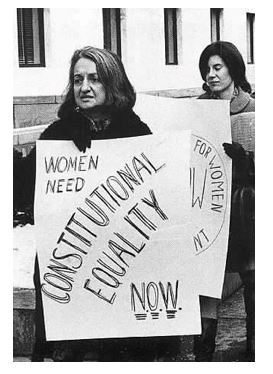 Women fighting for ERA under the Constitution.

Fast forward to the late 20th century.  The Women’s Movement is somehow hijacked by the liberal Left. Protests started being staged throughout the United States.  With this kidnapping of a decent movement, the Left continued to infiltrate the cause and soon began plotting a revolution of sorts. A monumental  push to the moment of Roe v Wade.

Little was made of the fact that  Norma McCorvey (Roe) fabricated her claims that she had been raped.  It didn’t matter to this zealous movement, not then and not now.  McCorvey has become a Christian and rues her part in the Roe v Wade decision.  Her participation in Pro Life movements is basically ignored by the feminist extremists.  In 2004 McCorvey tried to have the Supreme Court of the United States overturn the ruling. Again ignored by the left.

That leads us into the radical Feminist movement, that has lost it’s way on the equality of women.  Their initial focus had been on equality. I supported that concept. However, now these same activists ignore the women struggling against an oppressive construct that allows transgendered females (biological males) to compete in the same sports as biological women.  No outrage over this.  Crickets from these groups who in the past had trumpeted women’s equality, now allow biological men to 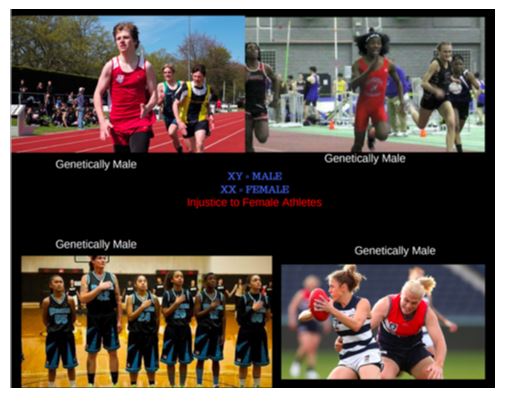 These same people support the LBGT community, and shout discrimination if you don’t, however also support Muslim Congressional people, whose religion would execute these same folks.  The hypocrisy is astounding.

This Feminist Movement is destroying everything it originally meant to create.  From equality for the sexes to disparate treatment.  From garnering the vote to willingly killing babies.

In  my college days, a woman/co-ed had to pay their way to Intercollegiate events.  We did not get scholarships, we did not have sponsors.  We had to cough up the money ourselves if we wanted to compete.  Then in 1972 with help from the women’s movement came Title IX.

Title IX of the Education Amendments Act of 1972 is a short and simple federal law that states:

“No person in the United States shall, on the basis of sex, be excluded from participation in, be denied the benefits of, or be subjected to discrimination under any education program of activity receiving federal financial assistance.”

Hurrah!!! Finally women who have struggled to get into sports, and get the benefits that our male counterparts were receiving. The Women’s Movement proved successful.  A joyous celebration for many women athletes.

What happened in the succeeding years to this great movement?  It was completely and totally hijacked by the Left for their own personal agendas. It wasn’t overnight, but as we celebrated the new rights guaranteed by this legislation, these same rights were systematically, and purposefully eroded to suit the Left ideology. The same screaming “feminists” wearing Pink hats, demanding the right to infanticide have now turned into allowing men to compete against women.

Oh they will tell you, they aren’t really “men” they are transgendering to female. Ignoring all scientific  data that demonstrates that the genetic XY of a male is different than the XX of a female relative to muscles, testosterone, bone density and many more issues the Left shouts from the rooftops that Transgendered people should be celebrated.

When your genetic make up is XY, you have an unfair advantage over any person with genetic make up of XX.  Taking supplemental hormones, will not EVER change your DNA. So the Left has remained pathetically quiet on the XY’s competing against XX’s.  Women who have trained their whole lives for a sport and now are beaten by a male.

This New Wave Women’s Movement is destroying our Female Rights, and ignoring the true origins of the Feminist Movement.