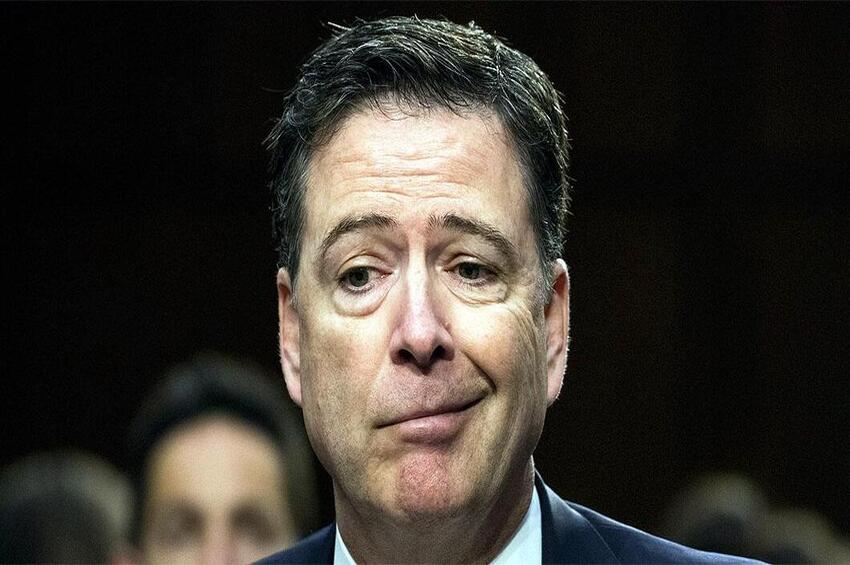 And while one FBI employee has received a criminal referral for doctoring evidence in the scheme to defraud the court, key players with oversight responsibilities – under penalty of perjury – have been given a pass.

Judge Collyer’s December 17, 2019 Order, written after the publication of Inspector General Michael Horowitz’s long-awaited report on FISA abuse, emphasized the role the FBI plays when it makes its assessment on whether probable cause exists to a warrant. In particular, FISC requires the FBI agent swearing to the application fully and accurately provide “information in its possession that is material to whether probable cause exists.”

No mention of individual accountability. 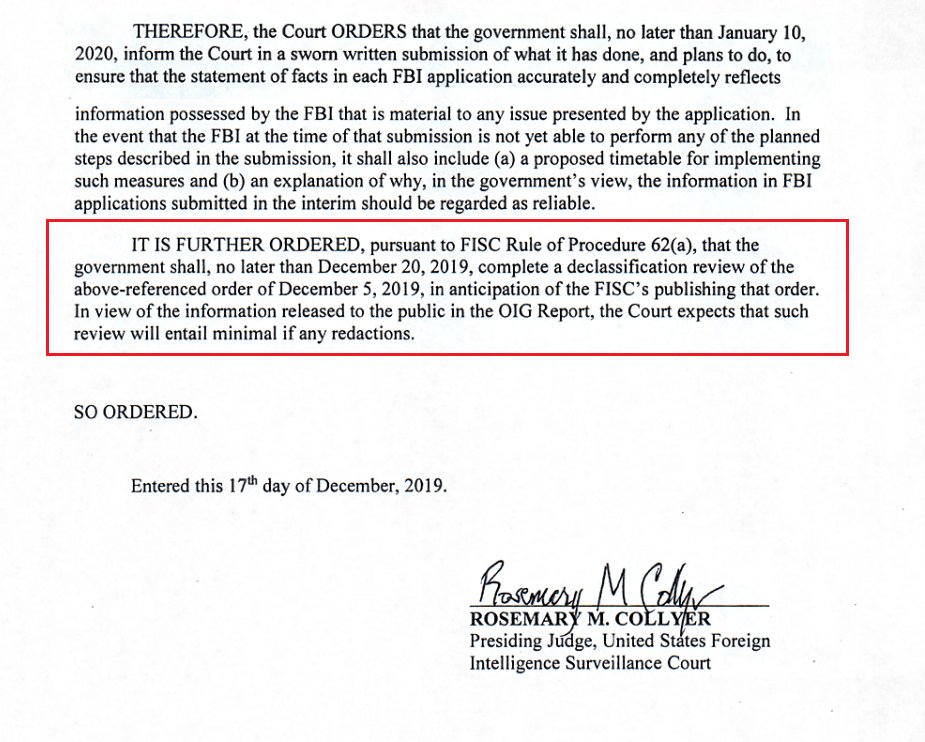 1,529 people are talking about this

She noted that the IG Report revealed “troubling instances in which FBI personnel provided information to NSD which was unsupported or contradicted by information in their possession.” Judge Collyer also expressed concerns about the FBI Office of General Counsel attorney, reported to have been Kevin Clinesmith, who altered evidence to mislead about Carter Page acting as a source for the CIA.

(1)   The government to inform the Court in a sworn written submission of what it has done, and plans to do, to ensure that the statement of facts in each FBI application accurately and completely reflects information possessed by the FBI that is material to any issue presented by the application. (A January 10, 2020 deadline was given for this submission and left the government with room to maneuver if it needed more time.)

On December 20, FISC released Judge Collyer’s mostly unredacted December 5, 2019 Order to the United States. This was apparently prepared in response to letters filed with FISC by the government relating to the issues found with the Carter Page application and renewals during the course of the Inspector General’s investigation. She ordered the United States inform FISC by writing of the following:

(1)   Identify all other matters currently or previously before this Court that involved the participation of the FBI OGC [Clinesmith] attorney whose conduct was described in the Preliminary Letter and Supplemental Letter;

(2)   Describe any steps taken or to be taken by the Department of Justice or FBI to verify that the United States’ submissions in those matters completely and fully described the material facts and circumstances; and

(3)   Advise whether the conduct of the FBI OGC [Clinesmith] attorney who has been referred to the appropriate bar association(s) for investigation or possible disciplinary action.

This is a serious Court that deals with serious matters of national security and counterintelligence. The secret nature of FISC requires the United States to be in strict compliance with all certification and verification requirements. It’s a matter of trust. As Judge Collyer observed: “FISC expects the government to comply with its heightened duty of candor in ex parte proceedings at all times. Candor is fundamental to the Court’s effective operation.”

This trust was broken by the FBI agents and officials whose factual assertions to FISC were inaccurate, incomplete, misleading, and unsupported by the evidence. The duty of candor was breached in the continued reliance on Christopher Steele via DOJ official Bruce Ohr (after they represented to FISC that he had been terminated as a source)  and the omission of material facts and exculpatory evidence that undercut their now-debunked representation that Carter Page was operating as a Russian agent.

You’ll hear a lot about “omissions” in the upcoming IG Report.

To put those omissions into context as you read: 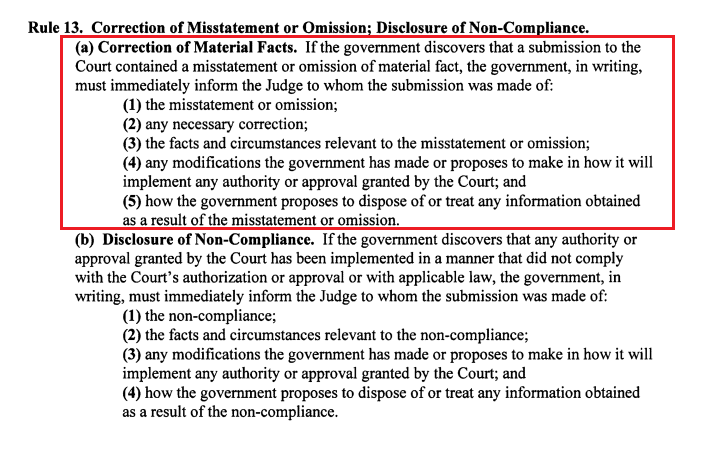 1,724 people are talking about this

While it’s laudable that Judge Collyer has ordered the government to double-check their submissions in the prior FISA applications that involved Clinesmith, what about the previous FISA applications verified by the FBI agents who lied – under penalty of perjury, we might add – in the Carter Page applications and renewals?

The IG Report found that under Pientka’s supervision and approval, there were incorrect factual assertions in the 1st FISA app. 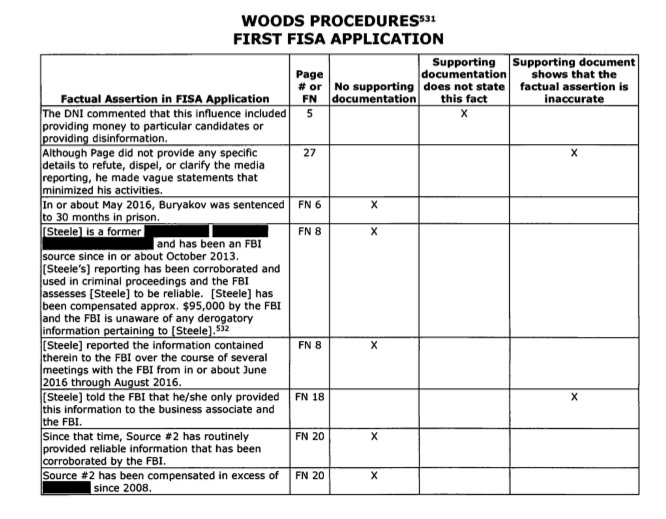 1,654 people are talking about this

In other words, whether an FBI lawyer changes an e-mail about a target’s history of cooperation with the CIA or an FBI agent lies about the underlying intelligence, the goal is the same: secure the warrant through deception. Both these acts are criminal. Why is only one deserving of review?

The abuses are apparent. The FISC needs to determine whether they’re pervasive. That starts with reviewing all applications verified by the FBI agents involved in the Carter Page hoax.

Related: A Techno_Fog thread on Joe Pientka, and the FBI’s efforts to keep him out of the spotlight (click a tweet to read the rest):

Now we know why the FBI (Wray) has gone to such great lengths to keep Pientka away from Congressional inquiry. https://twitter.com/JohnWHuber/status/1204195146826469379 …

Also, Joe Pientka (“SSA 1” in the report), who also interviewed Flynn with Strzok, made the operational decision to use Halper as a source targeting the Trump campaign.

IF SSA 1 is Pientka (who participated in Flynn interview)…

736 people are talking about this

IF SSA 1 is Pientka…

He hid from the FISA Court the @carterwpage denials (thru the FBI confidential sources) of knowing the Russians he allegedly had “secret meetings” with. 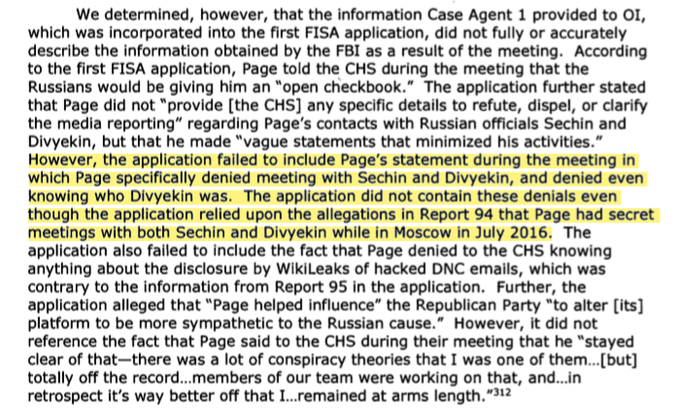 After the FBI terminated Steele as a source…