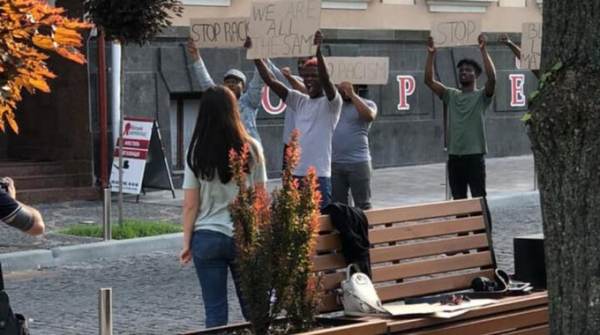 This didn’t work out so well.

Apparently, the Ukrainians are not as “woke” as their colleagues in the West.

Following the demonstration the Deputy Chair of the City Council asked for their names so he can deport them.

In response, the Deputy Chair of the City Council, Volodomyr Bobko from the nationalist “Svoboda” party, states that he will ask the security service to find them and deport them. pic.twitter.com/FhyrSHbjp8

Yesterday, on June 11, several black students staged an action against racism in the center of Ternopil. In response, Volodymyr Bobko, a deputy of the Ternopil Regional Council (representing the All-Ukrainian Union “Svoboda”), suggested deporting them from Ukraine. He wrote about this on his Facebook page.

Volodymyr Bobko believes that in this way students are trying to provoke protests that are gaining momentum in the United States.

“They either incite unrest to take goods out of local stores during the riots, as it is currently in the United States, or act on instructions from abroad and involve our country in an international scandal,” he said.

Bobko also appealed to the police and the Security Service of Ukraine to identify the students and deport them from Ukraine.

“I demand that the police and the Security Service of Ukraine identify all persons involved in the action and deport them outside Ukraine. To hand over a package of crackers and a yellow vest to everyone for the road. To remember,” the politician said. 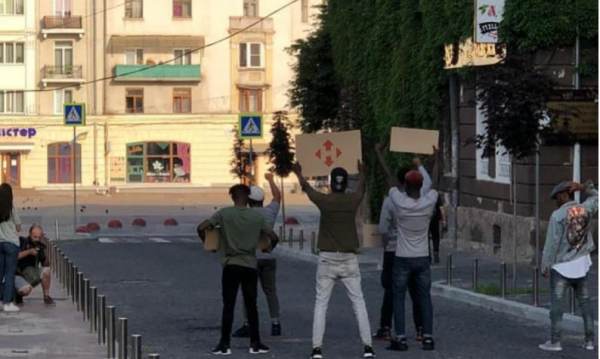