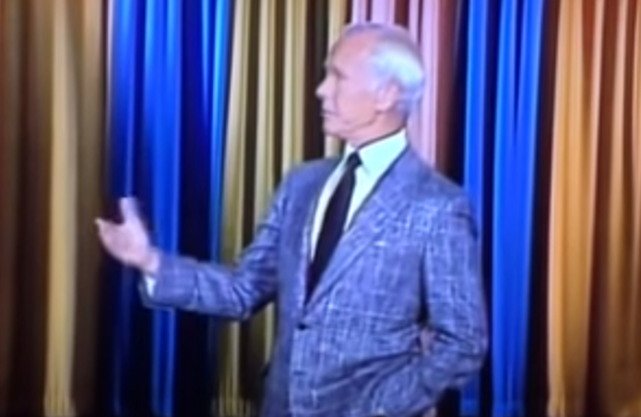 Joe Biden has been in Washington for 47 years. If you want some real perspective on how long that is, consider this.

Johnny Carson once made fun of Joe Biden on the Tonight Show.

Carson retired almost thirty years ago. Joe Biden is part of the swamp and this proves it once and for all.

How much of a problem did Joe Biden have in 1987 when reporters started noticing that some of his speeches sounded a little too familiar?

It reached a point where even late-night host Johnny Carson took a jab at Biden, who at the time was a U.S. senator from Delaware and running his first bid for the White House, seeking the 1988 Democratic presidential nomination.

“On the political scene, one of the Democratic candidates, a Senator Joseph Biden – have you seen the problem he’s been having?” Carson asked his audience at the start of the “Tonight Show” one evening.

“He went around and made a speech and apparently he quoted a — I think it was a British politician, took his speech and kind of paraphrased it as his own.

“And then the press got on him. And then he was charged also with taking part of Bobby Kennedy’s speeches.

“And Biden says, not to worry. He reassured his staff, he said, ‘We have nothing to fear but fear itself.’”

Joe Biden’s been around so long, Johnny Carson was hammering him for plagiarism way back in 1987. pic.twitter.com/Q105lQpJzT

Late night television sure has changed.

These days all the hosts are liberal activists who wouldn’t be caught dead making fun of a Democrat.